Cycling 5000 km, from Banff in Canada to the US-Mexican border, raising money for MS research.
Rawlins > Campsite before Aspen Alley
Todays route was about 85 KM straight south, with a lot of climbing.
During breakfast after I packet up my bike, I heard it being announced for the area; strong to very strong winds coming from the south… So today probably is going to be quite a day; a lot of KM’s, a lot of climbing and some heavy headwind. Well, lets get to work! The road book tells me todays route is poorly maintained. Well, maybe it used to be, but now they obviously worked on it to make it better. Everything looked very new and well maintained. But man, that wind! It began as soon as I left Rawlings, there you have to take a bridge over the railroad but this bridge doesn’t have any railing. Of course this bridge wasn’t really build for cyclist. Anyway I decided to get of my bike to get to the other side safely . I found the wind blowing over the road was very unpredictable, so walking seemed like a better choice. After that the road went south in a straight line, where the wind came from. It’s going to be very hard work to arrive at the planned destination tonight.  The average KM per hour is very low. Sometimes even down hill it takes some effort to move forward!
Somewhere around one o’clock or one thirty I meet a young French couple with their son (he just turned 1 last week) who are doing the same tour. They are sitting by the side of the road eating their lunch. I go and sit with them for 15 minutes to exchange experiences and then move on. The little boy has bright blue eyes and looks at you very patient and at ease. He laughs very quickly and easy. He’s having a good time in his special follower behind the bike his parents tell me. Maybe we will see each other tonight at the camping ground we planned? I move on. A hour later two guys pass by me on their off road motorcycles. The first one waves at me (almost all of them do), the second comes to drive next to me and stops for a little chat and gives me water so I can fill my water bottles. His name is Dave, a nice jovial guy. He says; we feel like real tough guys on our motorcycles, until we meet a bicyclist, who is doing the same route… I say; maybe something for next year? :) They are planning to stay at the same campground. So who knows we’ll see each other again tonight. Eventually I see the landscape change gradually, from treeless to one tree every now and then. And then more trees and even more trees. Aspen to be precise, those are real beautiful trees. It’s nice to see some trees again!
Eventually, after I’ve seen quite a few camping grounds I find the one recommended in my book. Take a left after the little stream, with the outhouse. Well, left after the little stream is correct, but the outhouse in nowhere to be seen. I do meet Mike there, Mike on the Bike he calls himself. He mentions he would like a bit of company, so I put my tent close to his. He already ate and all and since it’s already getting dark I have to hurry with putting up my tent and making dinner. Meanwhile mike is talking non-stop. He already mentioned sometimes he might talk a lot, well he’s right about that. But it’s a nice guy, so that’s fine. A little while later the neighbours give us a Gallon container filled with water, they’re here with a big RV and 5 horses. They thought we could use some water, well they thought right! We talked a bit and then I went in my tent for a good night’s rest. I didn’t see the motor bikers or French couple and their son… 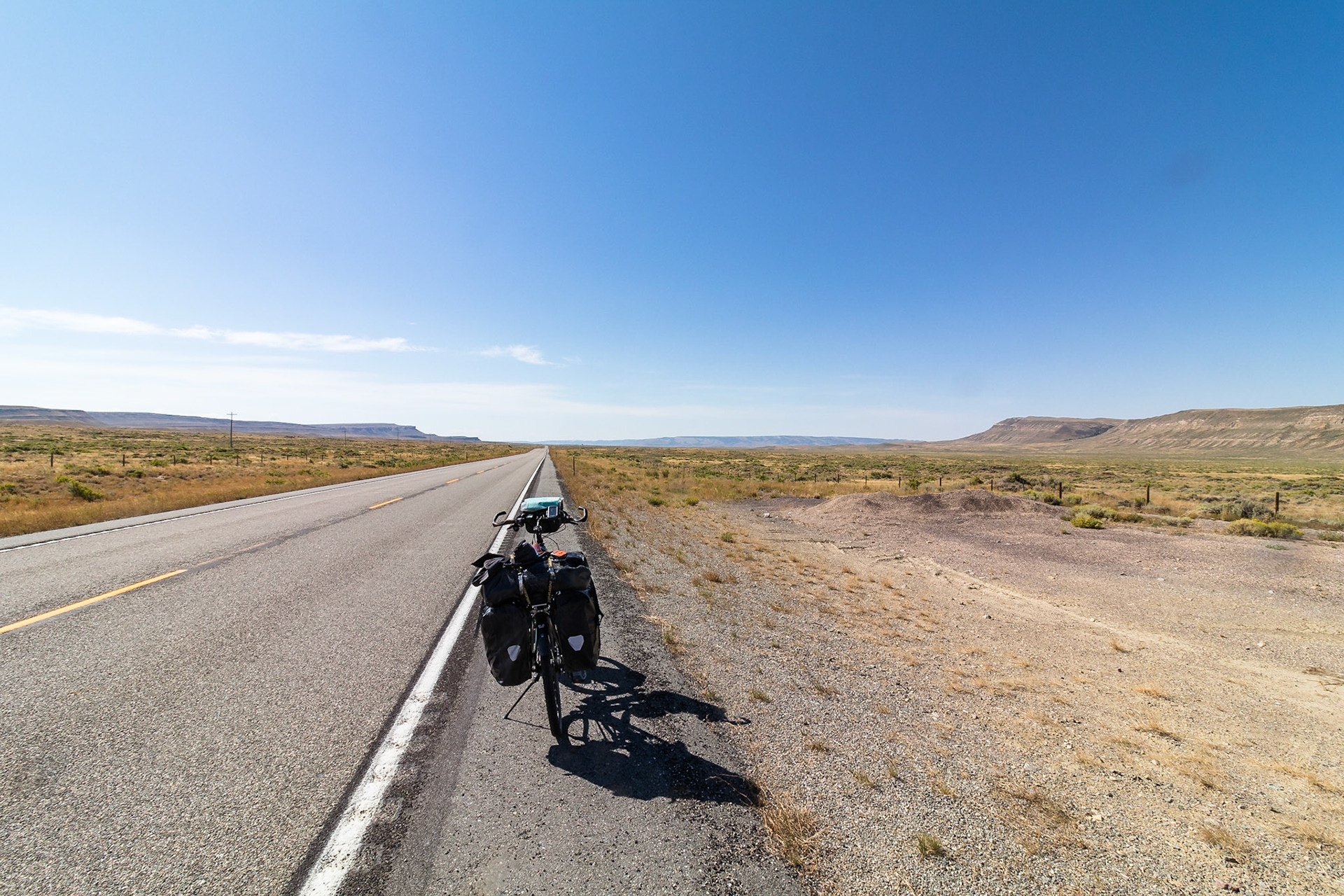 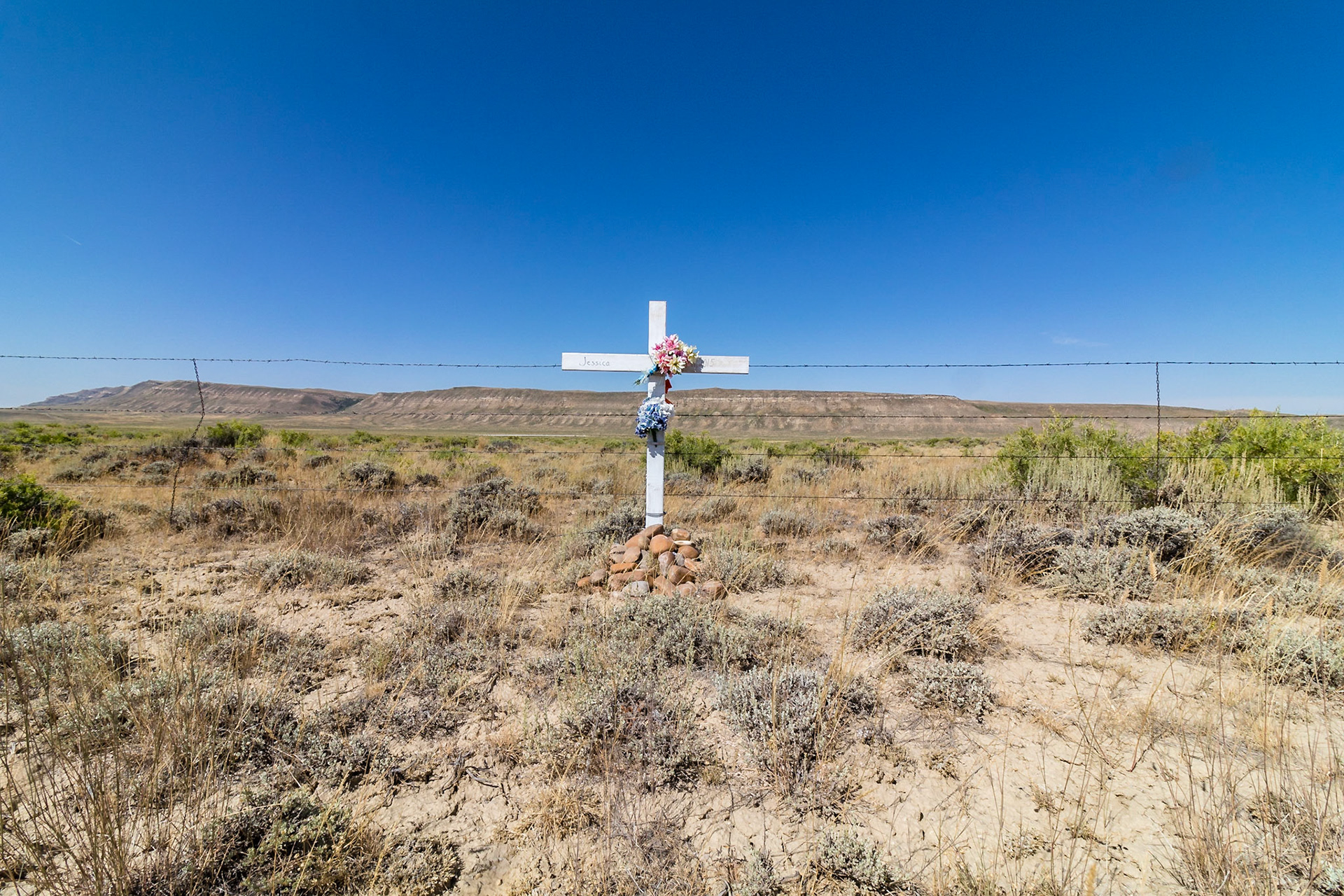 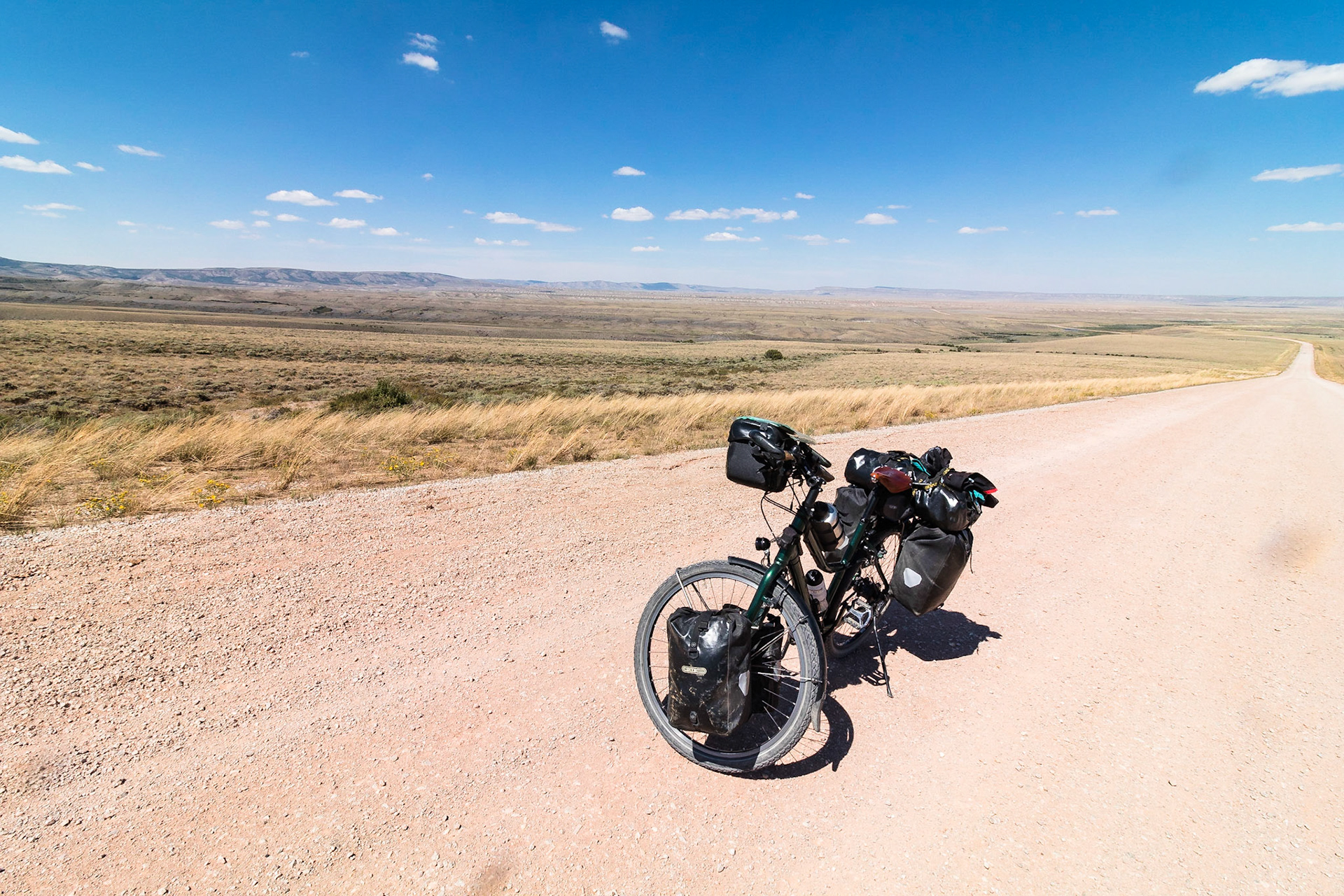 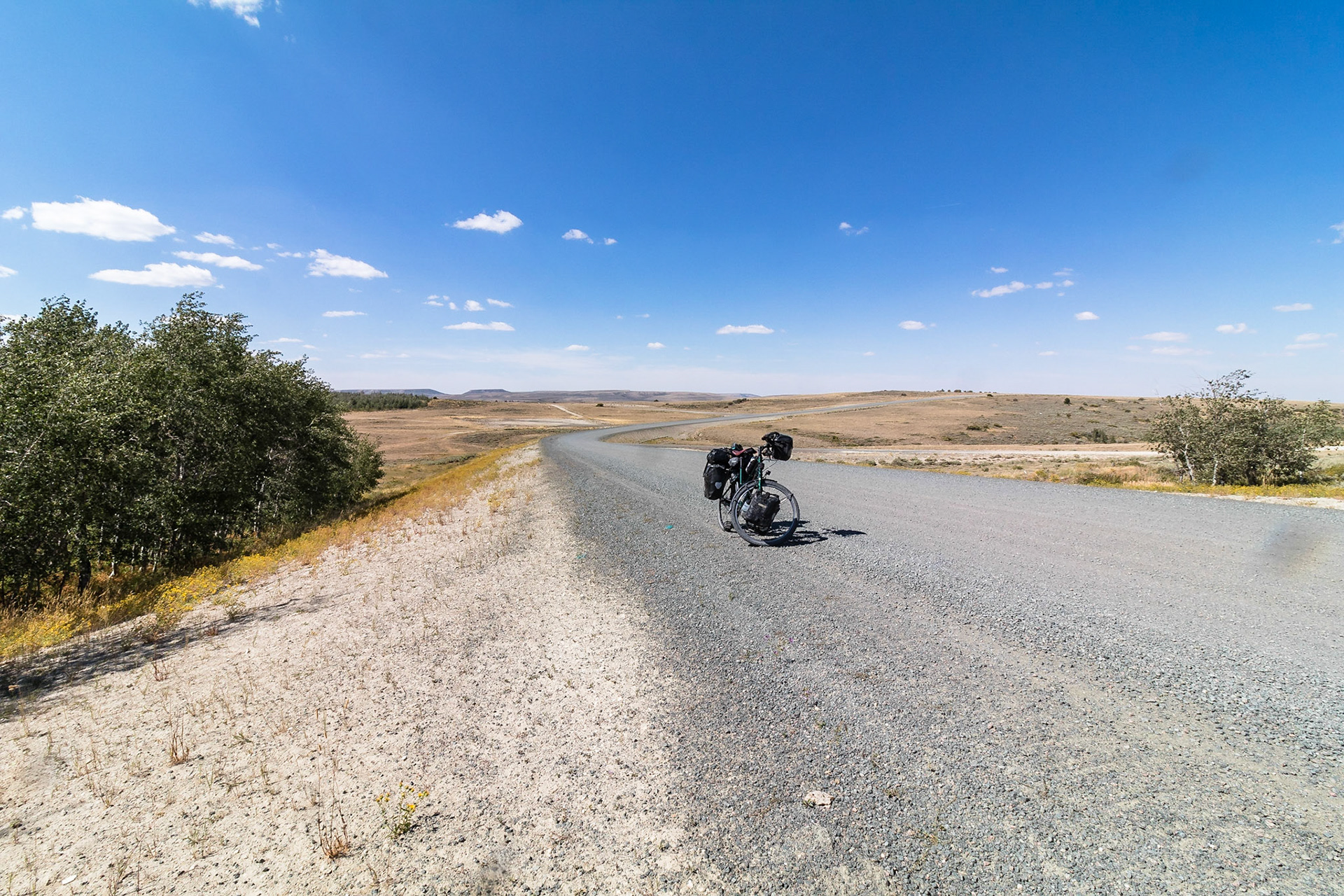 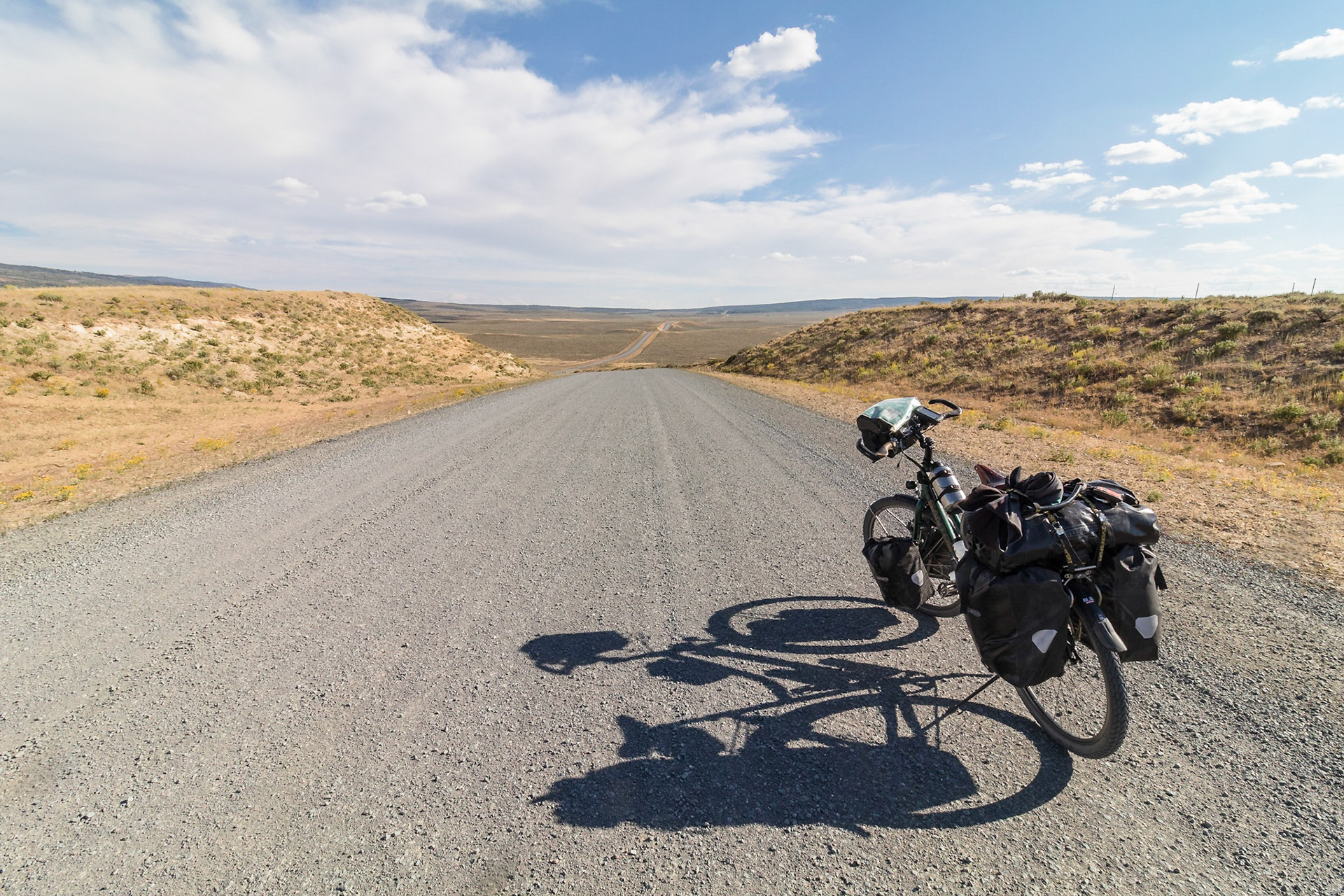 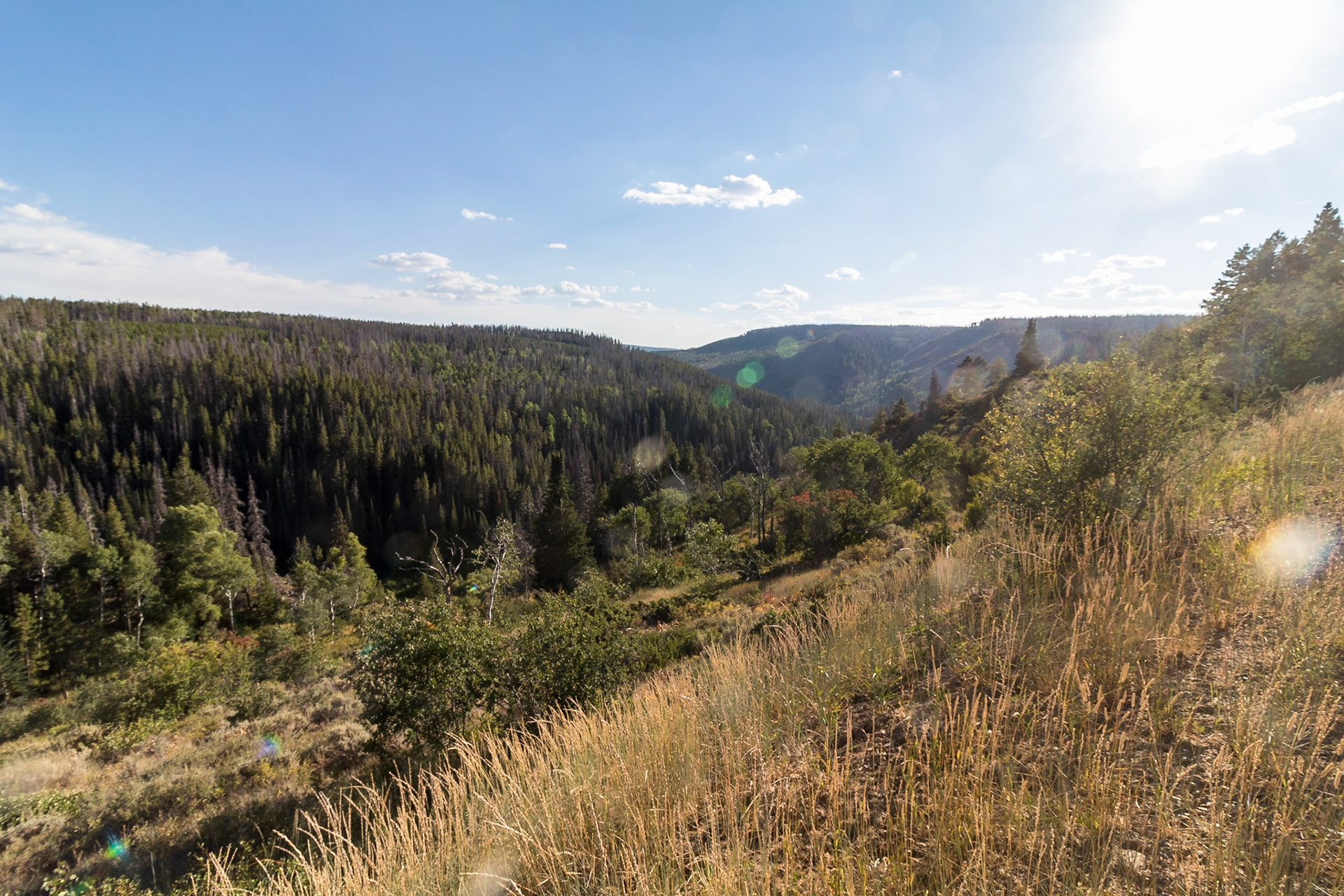 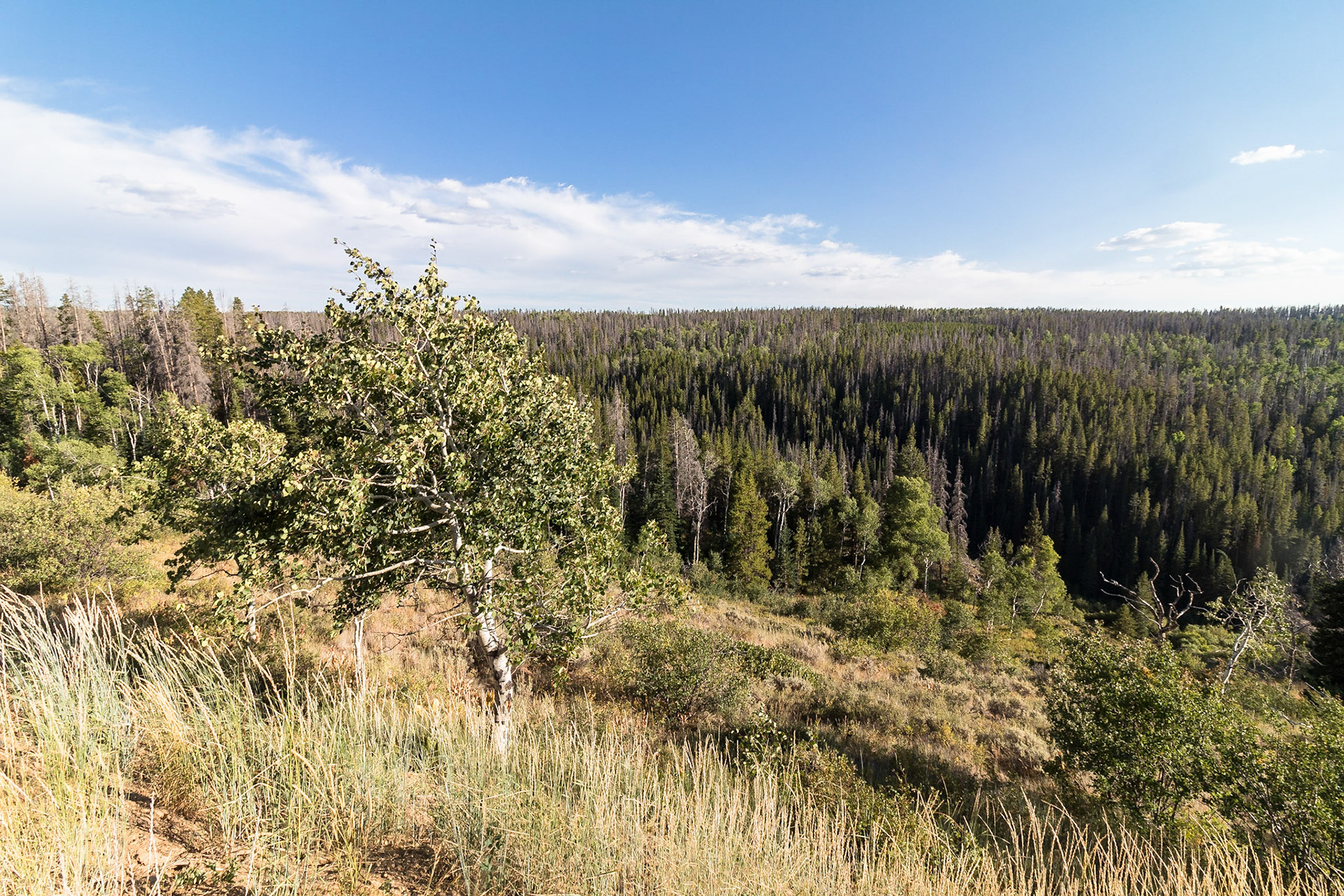