Cycling 5000 km, from Banff in Canada to the US-Mexican border, raising money for MS research.
Silver City > Hachita
Yesterday Sunday, day 66, was a 'rest-day'. Today the weather is drizzly, it’s raining a bit and it is quite cloudy. It’s also pretty cold. On the Internet I see the weather in Seattle and Holland is much better, ah well. I think it might clear up later in the morning, like it did the last couple of days. I wasn’t in any rush, today’s distance wasn’t very great, about 30 miles, so that must be ok. For this last stretch to the Mexican border I’ve planned 3 days. I had plenty of time. So in the morning I made a quick stop at the hairdresser on the corner, a lady with a gun phobia. Al kinds of gun related things where hanging from the walls. Strange combination. I also did some grocery’s, packed my bags and facetimed home.
Then I went on my way, still the weather doesn't cooperate. The first part runs across the highway and then goes into the (high) desert again. As the hours pass by, the wind gains strength and the sky turns darker, a few raindrops fall from the sky every now and then. Around two o’clock I arrive at the campground I had planned, but there’s so much wind and the weather is so unappealing I decide do move on. Making camp under these circumstances is no fun. On top of that, when I was cycling a saw dozens of tarantula’s crawling on the ground. About 25 miles further up the road is a trading post where you can buy food and drinks. So that’s going to be my new target, then I will decide if I’m going further to Halchita where there’s supposed to be a place to sleep. I have a phone number of someone I have to call if I want to sleep over there. I’ll see…
Because of the cold wind I wear my gloves and jacket the entire day and arrive at Separ (the trading post) around 5 o’clock. The last half hour I had to put on my rain jacket as it began to rain. At the trading post I had something to eat and drink, as I began to realize I’d better just go on to the place to sleep in Halchita, yet another 25 mile up ahead, with strong headwind and rain, not an appealing thought. And of course it was getting dark soon… Ah well.. I called the number of the gentleman who lets Divide bikers spend the night at the community center in exchange for a donation. But nice and dry night under a real roof sounded very tempting. When my call was being answered I first heard some clutter and background noises and then a Dutch male voice: Jos! So Magda en Jos also went there! I immediately heard it was him, but he needed a bit more time to figure out it was me. Jeffrey, the gentleman from the community center saw the call came from a 31 number, a Dutch number. So he gave the phone to the Dutchman present. Eventually Jos of course figured out it was me and told me they had really struggled with the last 25 miles from the trading Centre to Halchita. One straight road over totally barren plains, a lot of head wind and no shelter what so ever. But I had to do it, I didn’t really have a choice. So around half past five I hopped back on my bike, warmly dressed after having some energy drinks and chocolate bars. Mile after mile I had to fight against this horrible wind, and the rain even made things more difficult. Along the way the last ray of light disappeared from the miserable sky and it became totally dark. The only thing you can see is the light from your bicycle lamp and the asphalt from the road you drive. 25 miles feels like forever this way. The only cars that pass are the cars from the border patrol, they are very active in this part of New Mexico. Eventually, after biking 80 miles, around 20.30 hr. I arrive at Halchita, but in the dark I have no clue where I’m supposed to be. Suddenly a car comes driving up to me and stops: it’s Jos and Jeffrey. They guide me the last couple of hundred meters to Jeffrey’s house, so apparently he isn’t using the community Centre anymore. The bikers who stay there and Jeffrey give me a royal welcome with plenty of beer, cookies and a delicious hamburger Magda made for me. I felt better soon enough. The whole gang has been watching the big Hillary-Trump debate on TV and is still impressed. I see a few flashes of something that seems to be a summery. It seems Hillary was having the better of Trump. It’s getting time to go to sleep and the living room is chancing into a field of inflated airmatresses. Tomorrow morning we are going to do the last 45 miles to Antilope Wells together. Then the journey is over and I have travelled trough a part of Canada and the whole of the US from North to South! 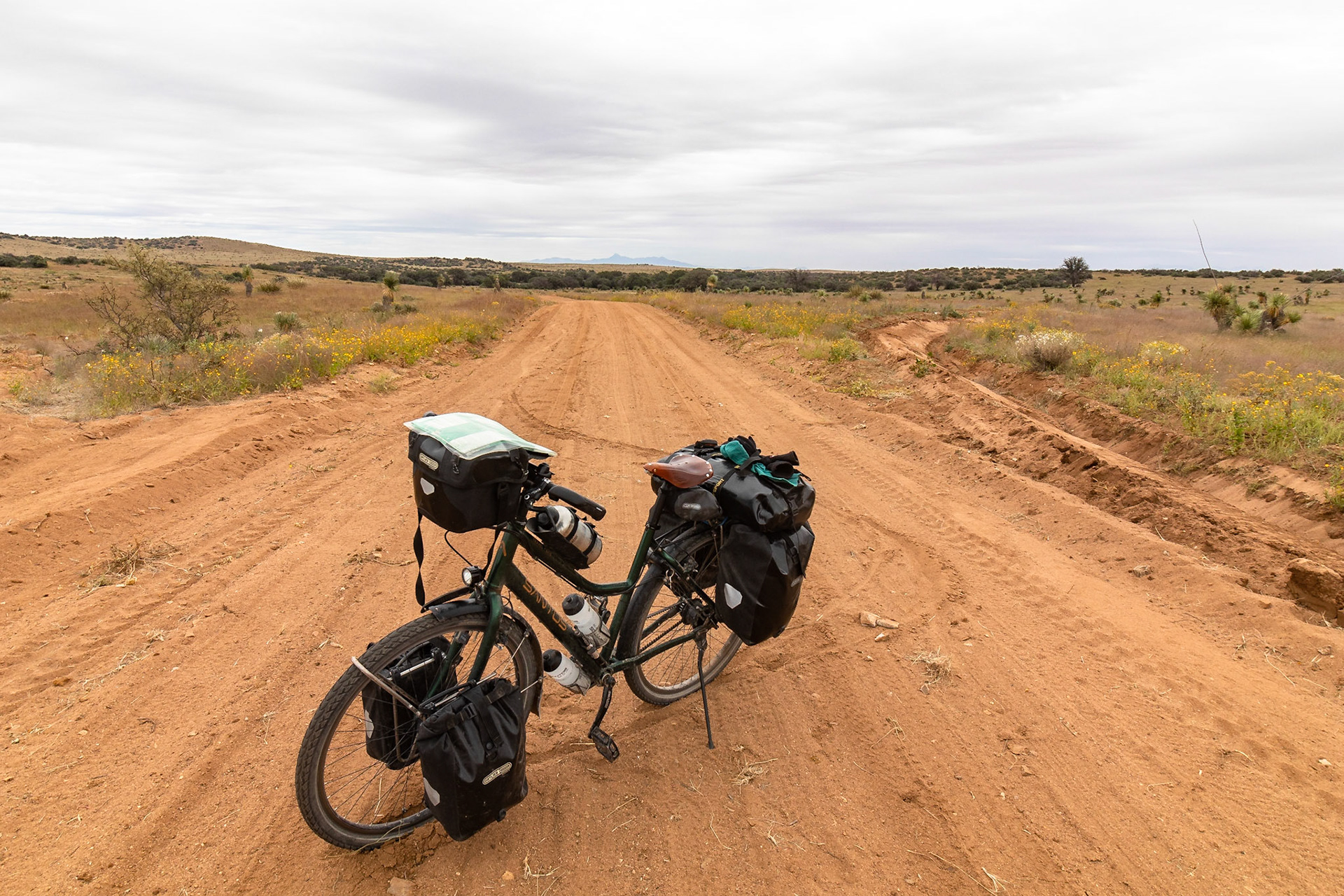 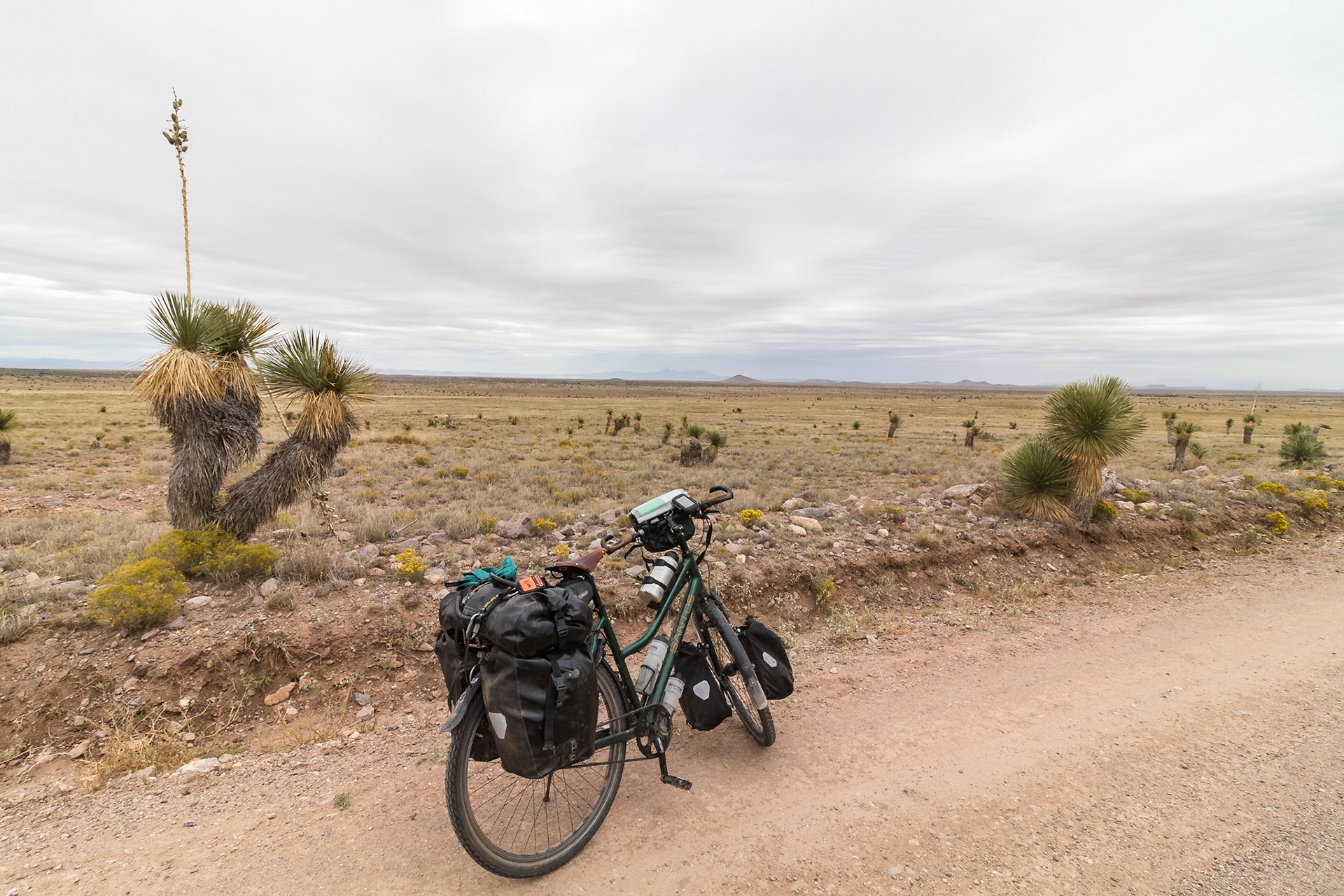 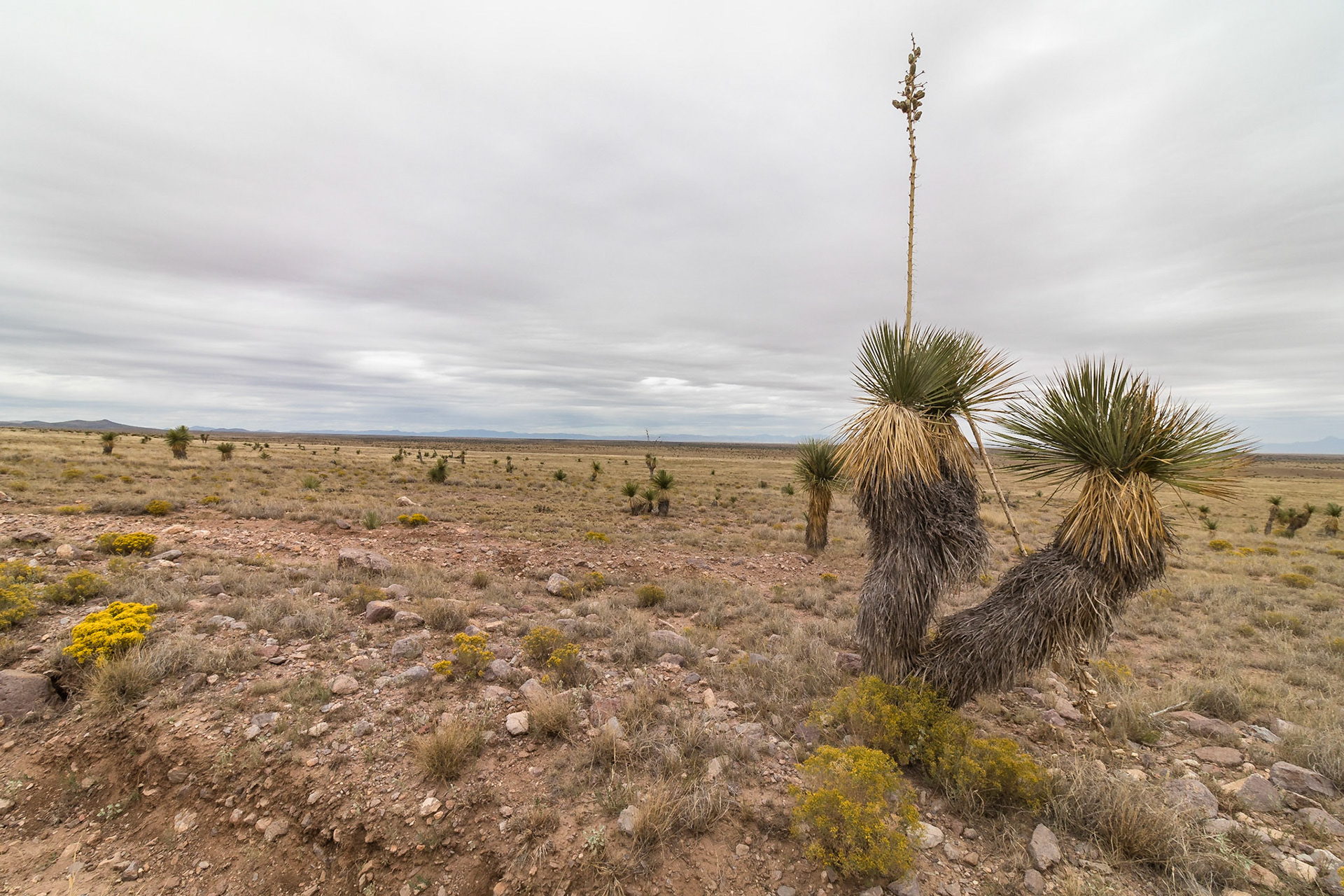 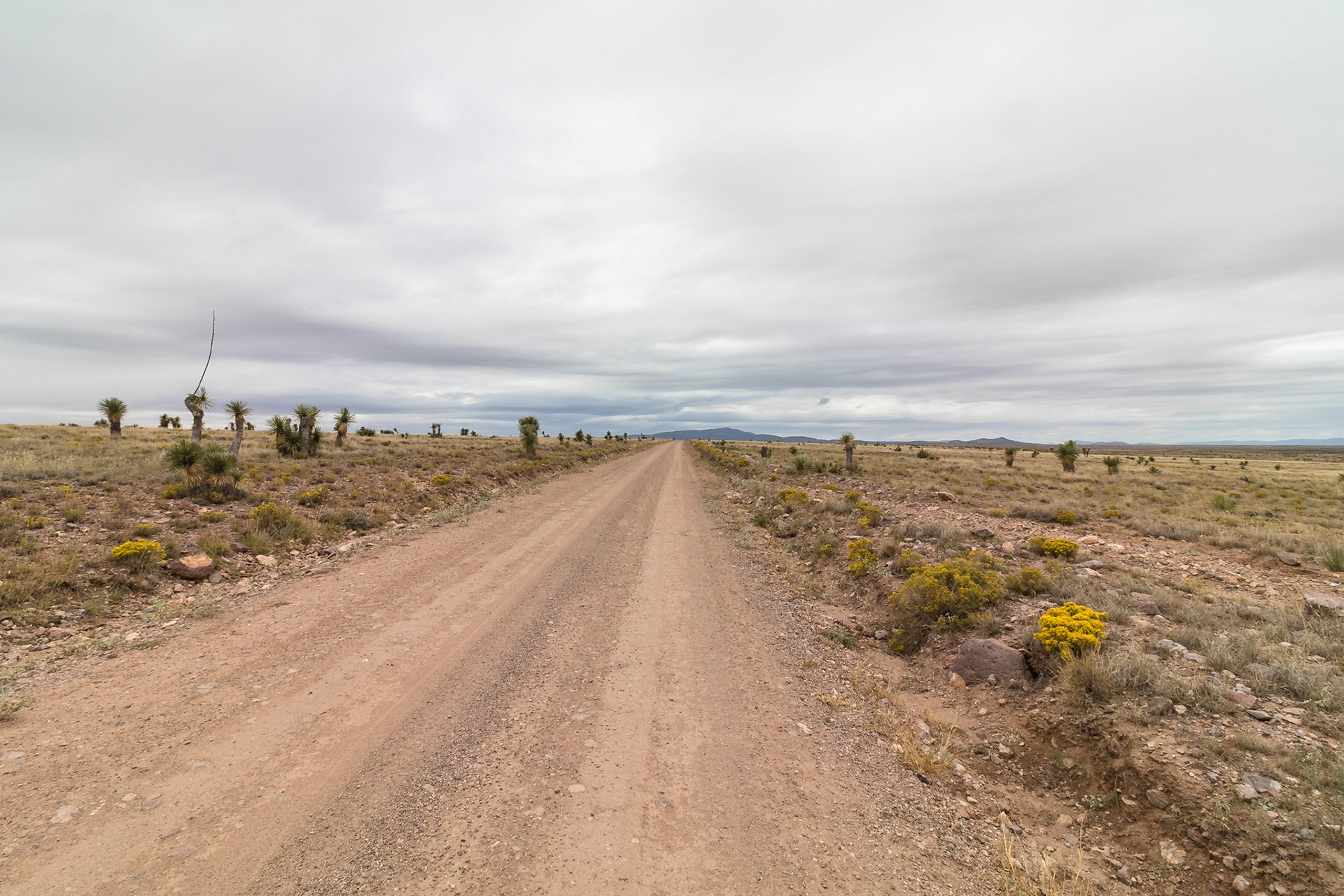 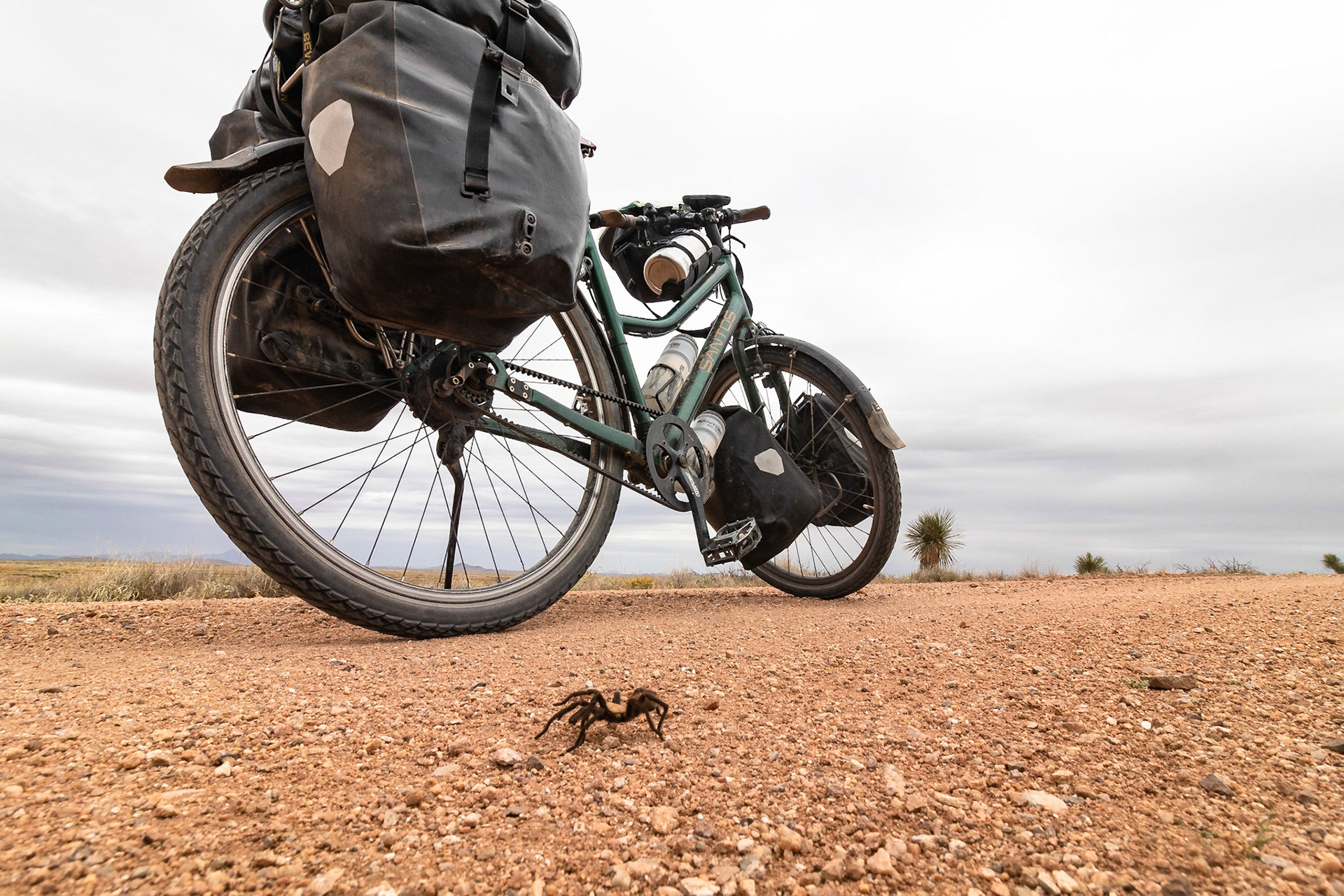 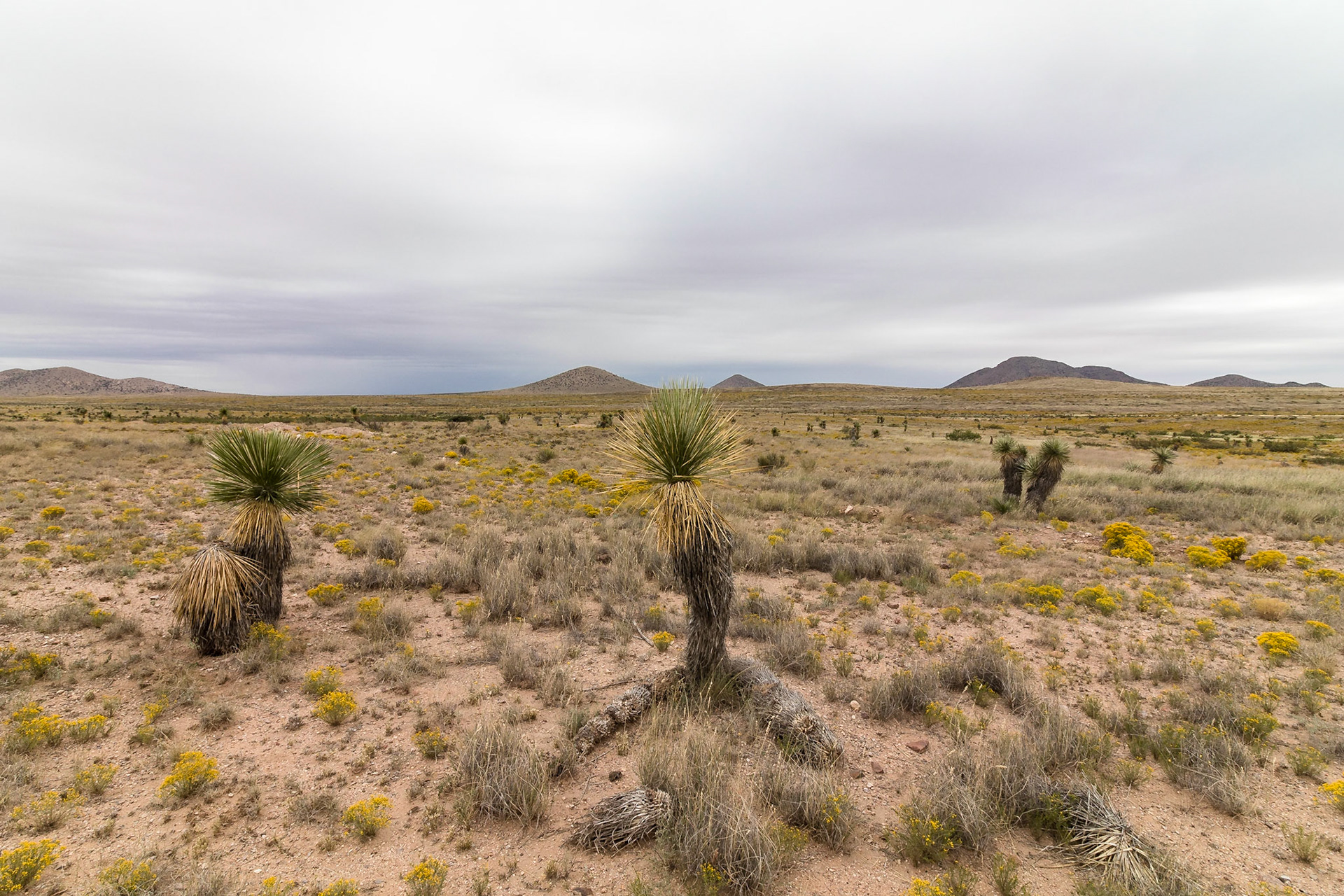 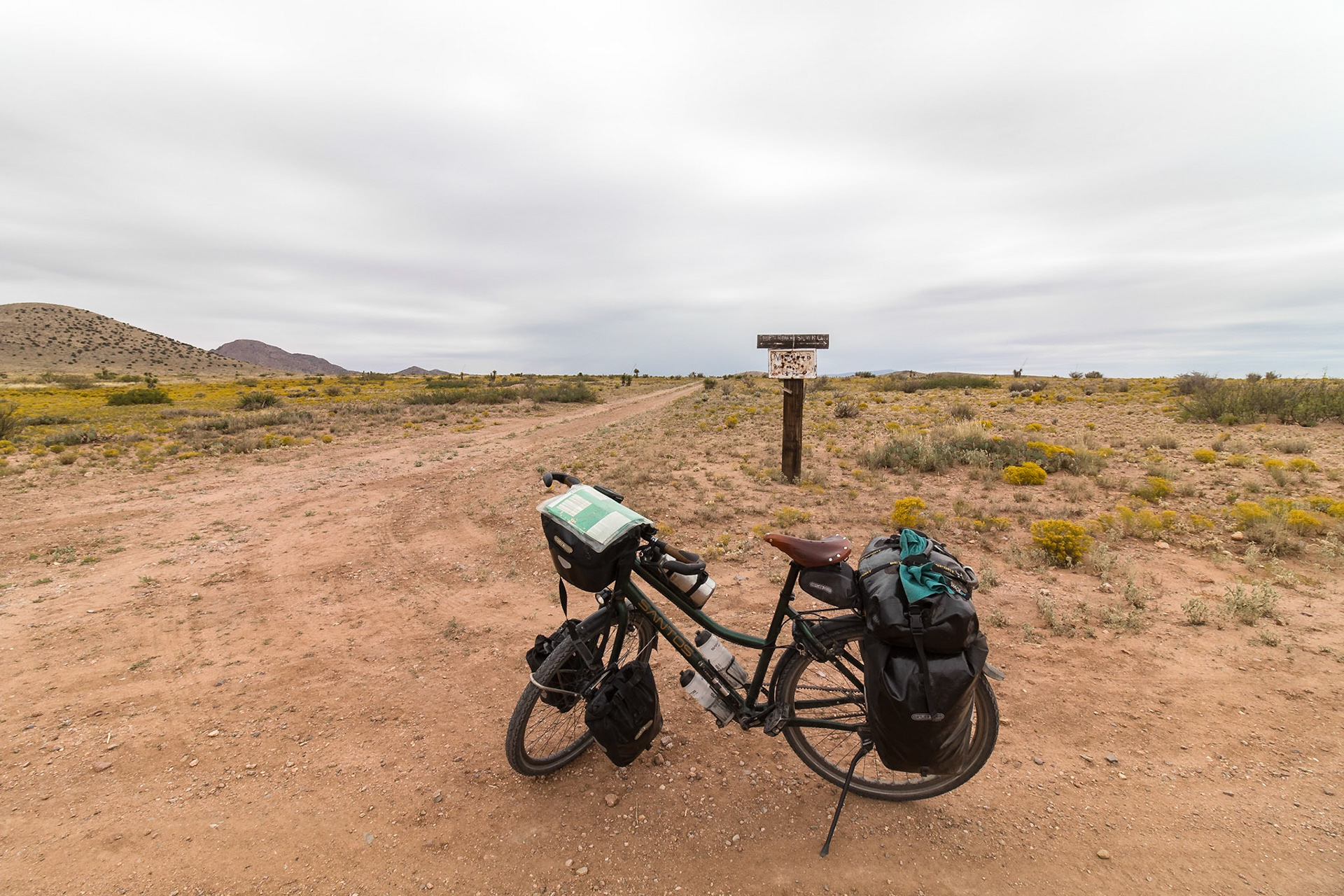 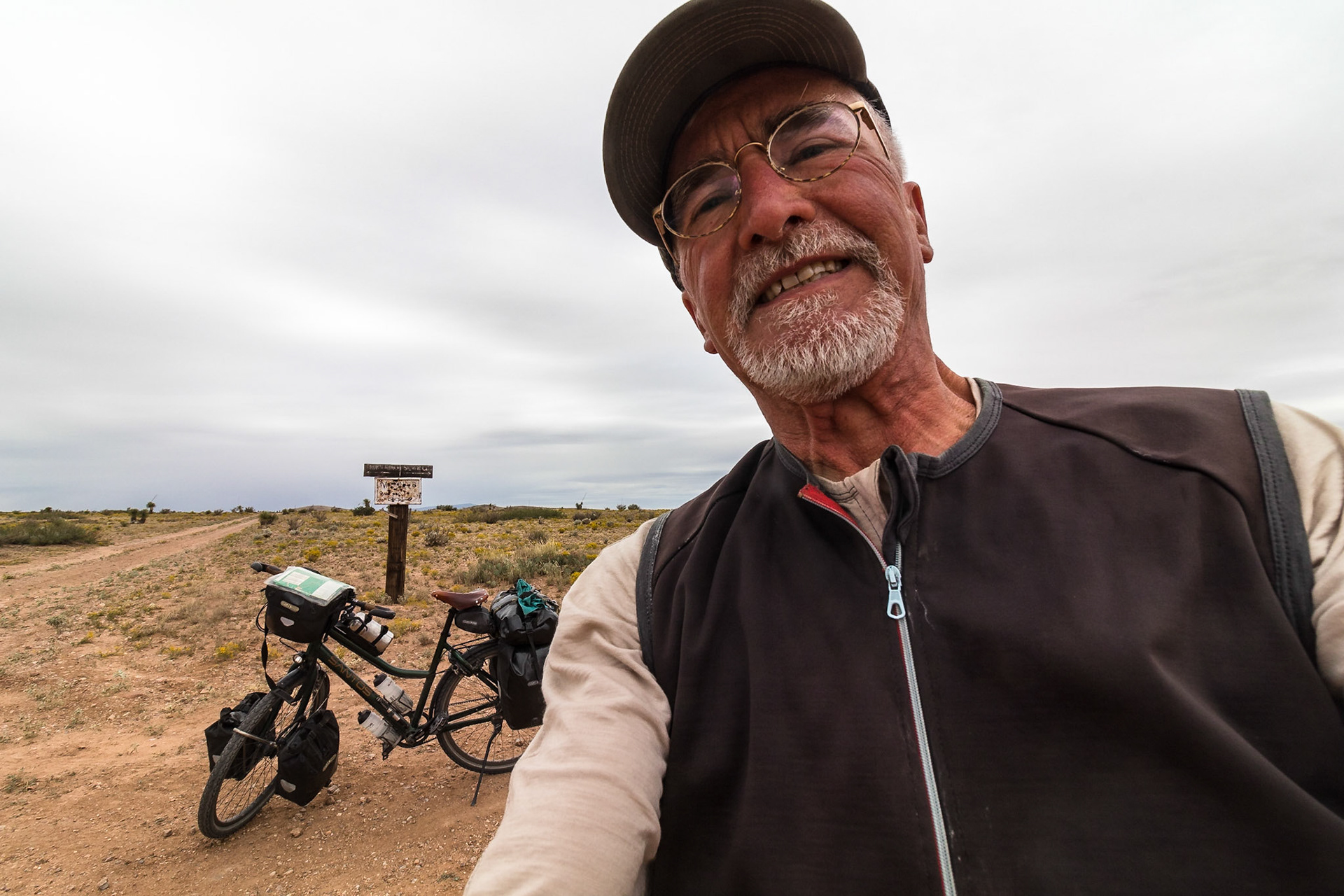