Cycling 5000 km, from Banff in Canada to the US-Mexican border, raising money for MS research.
Grants > Thomas Mountain Ranch
Day 59, Sunday was a 'rest-day'. Monday morning I went on my way, all packed up and with food and drinks for four to five days. I can tell you that’s a lot of extra weight on your bike, you can definitely notice! I wished Dan good luck repairing his trailer and went on my way. First I did a small part of the route 66 (as it happens Grand lies on this route) and then into the Badlands aka El Malpais.  Named like this by the Spaniards about 500 years ago. They wanted to move North, but came across a strip of lava which could not be crossed by any man, horse or mule. The only way trough was a strip of land between the lava rocks and the mountain ridge, The Narrows. Off course the Indian people have known about that for a long time. So now there’s a paved road, but the route has stayed the same for more than 500 years. To get to Pie Town, you have to eventually leave the paved road and follow a gravel path.
It seems that in the US, every year at the end of summer all the gravel roads are being redone. They scrape away the holes and the bumps, and everything is leveled out nicely. Nice work of course, and it needs to happen every once in a while. Only the downside is, that for biker with tires that aren’t very wide, the road gets very soft and loose. And that’s tough to get your bike trough, real tough. Especially with the extra weight from all the food. But well, you move on, hour after hour after hour. The landscape is quite barren. Along the way I pass a small graveyard in the middle of nowhere. I have a quick look around but I can only make out two family names. A restricted company.
About 16 miles before Pie town I pass the Thomas Mountain Ranch. An old log cabin stands at the side of the road and the American flag is invitingly waving in the wind. Behind the cabin is a big terrain, on the fence are two (turned around “Keep out”) signs with a message for Continental Divide hikers and cyclists, saying you can get water from the pomp, as much as you need. You can also camp at the left back corner of the terrain. That’s the complete opposite of keep out! I enter the terrain, there are all sorts of buildings and vehicles, which are being worked on and restored. Work in progress so to speak. There’s no one to be seen. The water is nice and fresh and tastes fine. It’s full of birds and rabbits, so I think I’m going to stay here. No sooner said than done I put up my tent and sat in the garden chair that was there. Nice and easy. I noticed a sign at the pump asking to leave a note when you took water or camped at the terrain. This way the owners knew who visited the site. When I was dropping of my note I saw some people I knew had stayed here the before. 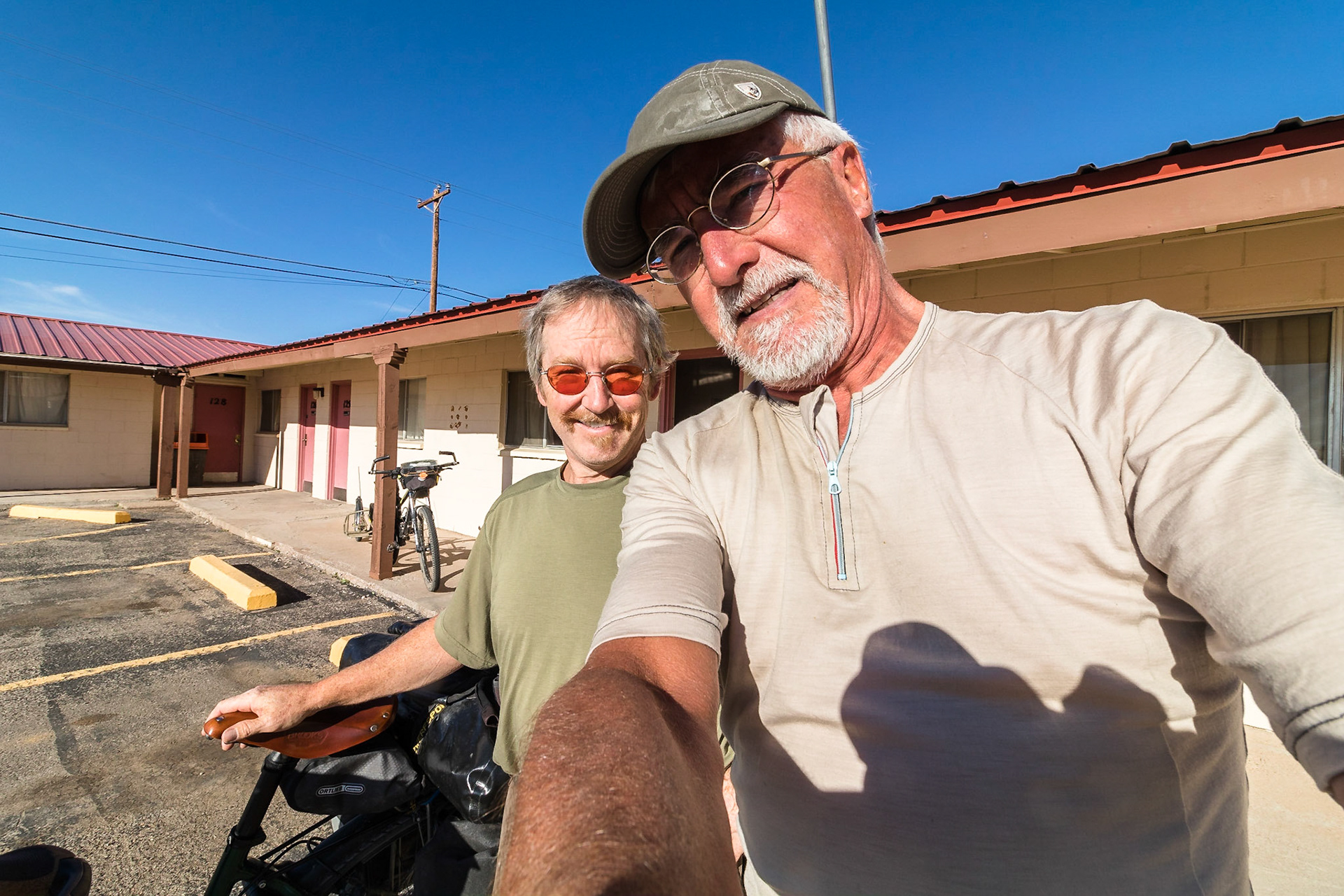 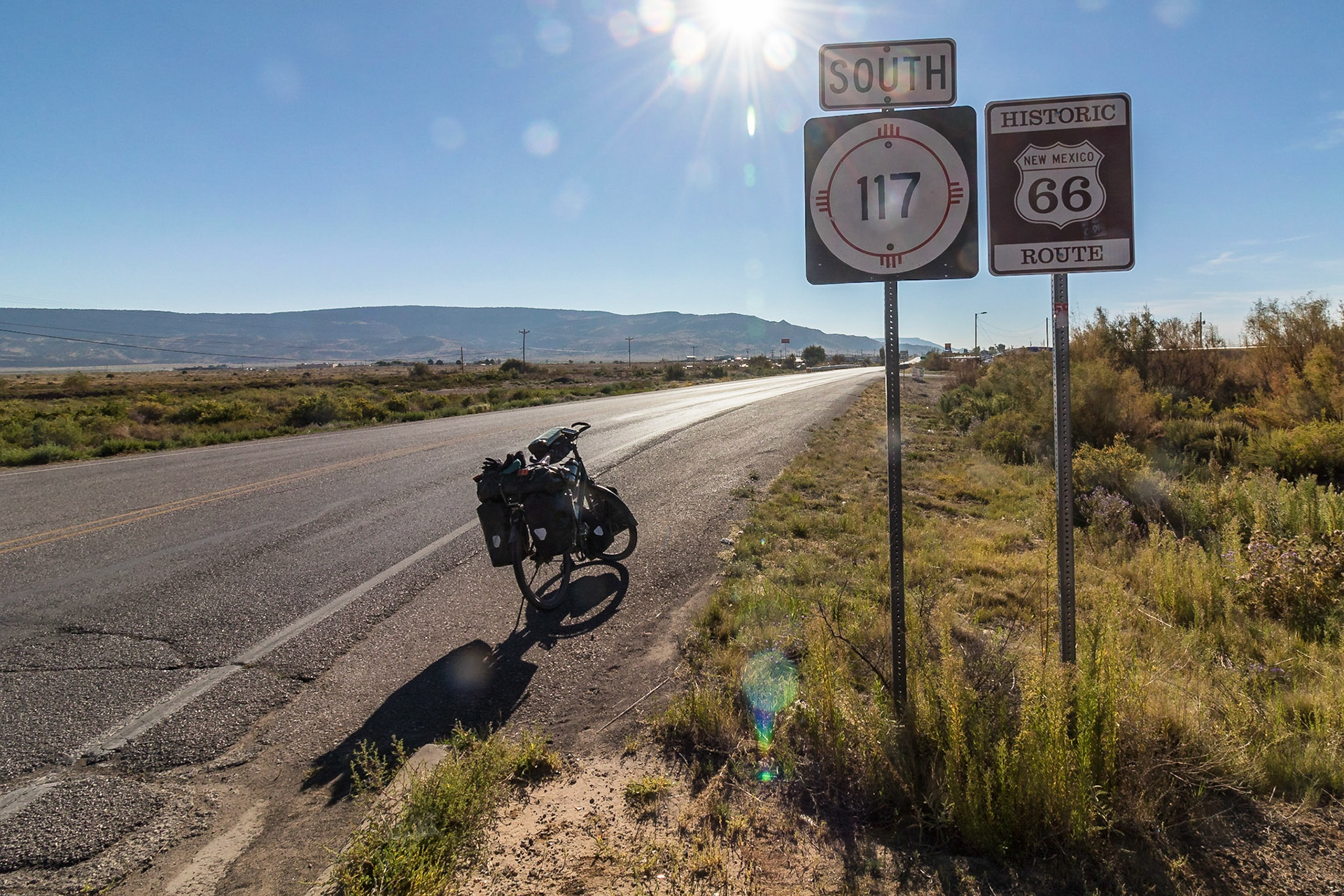 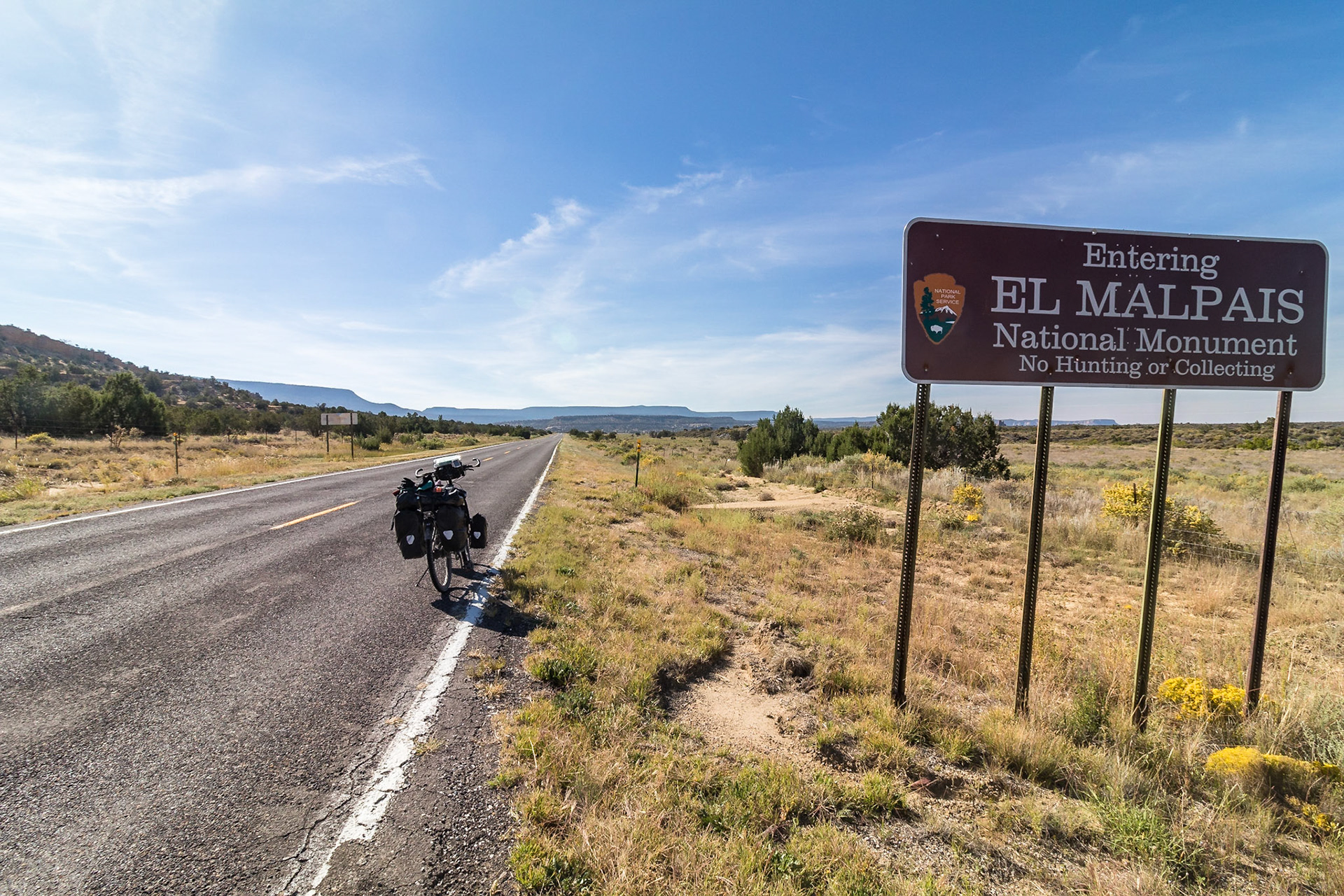 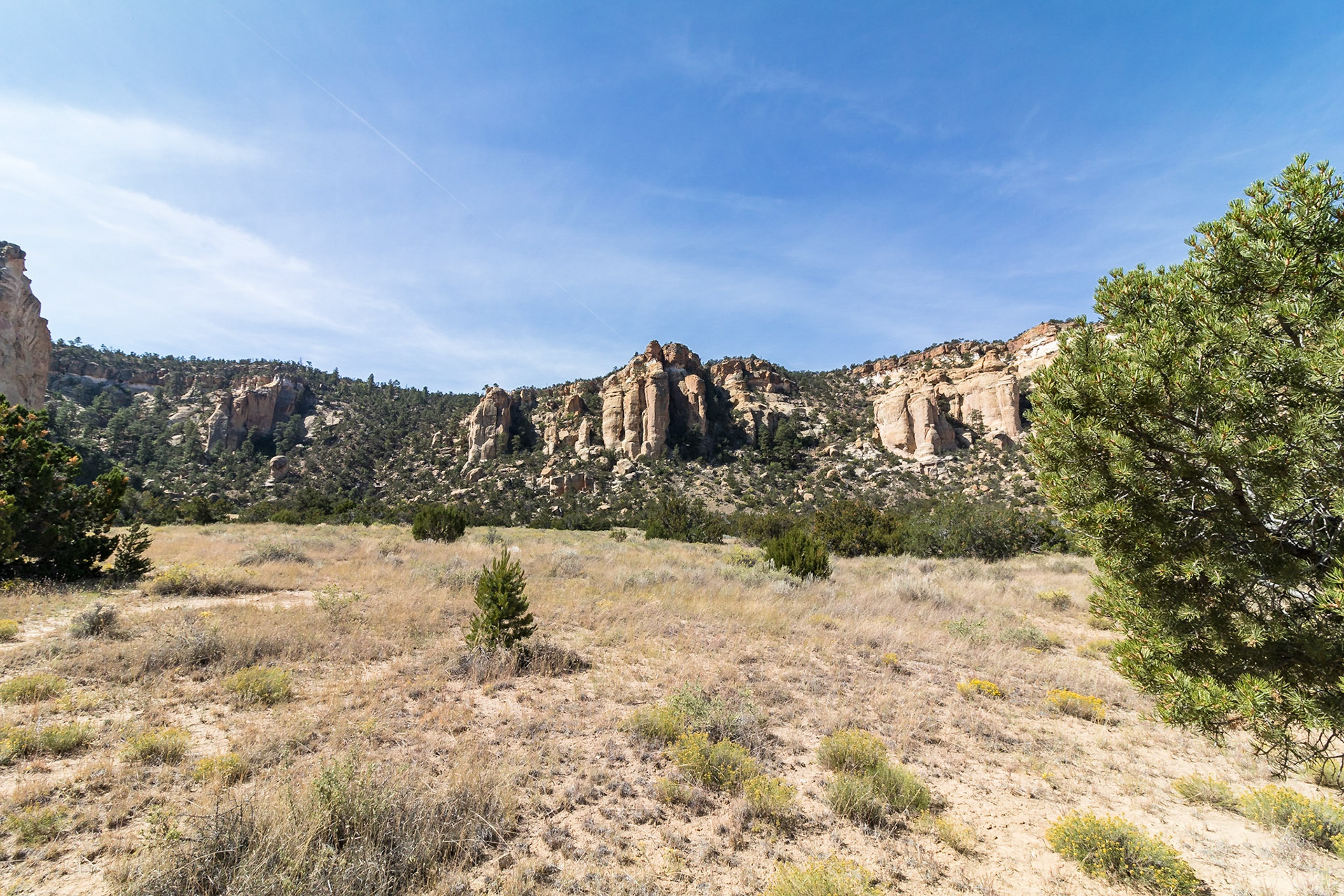 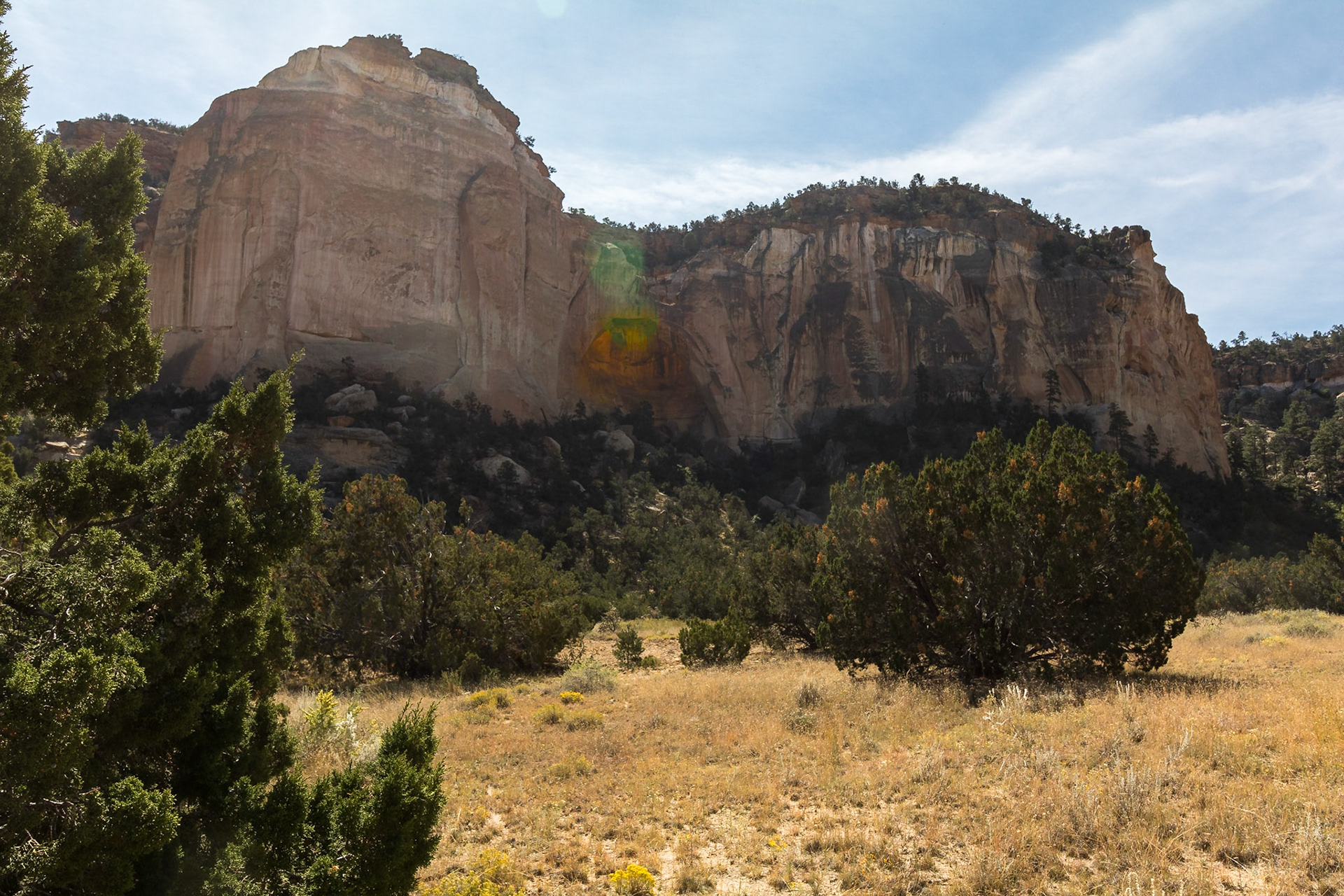 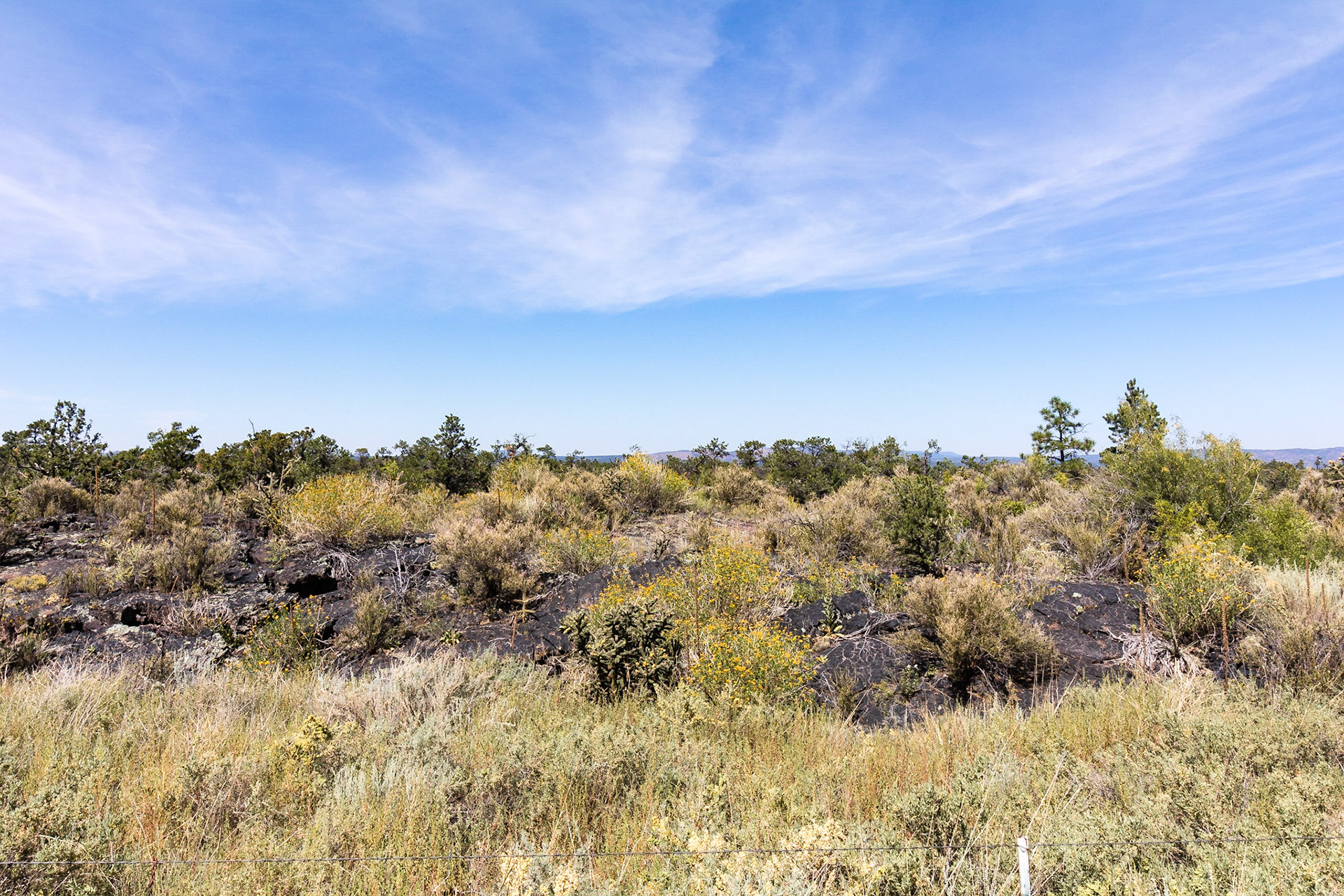 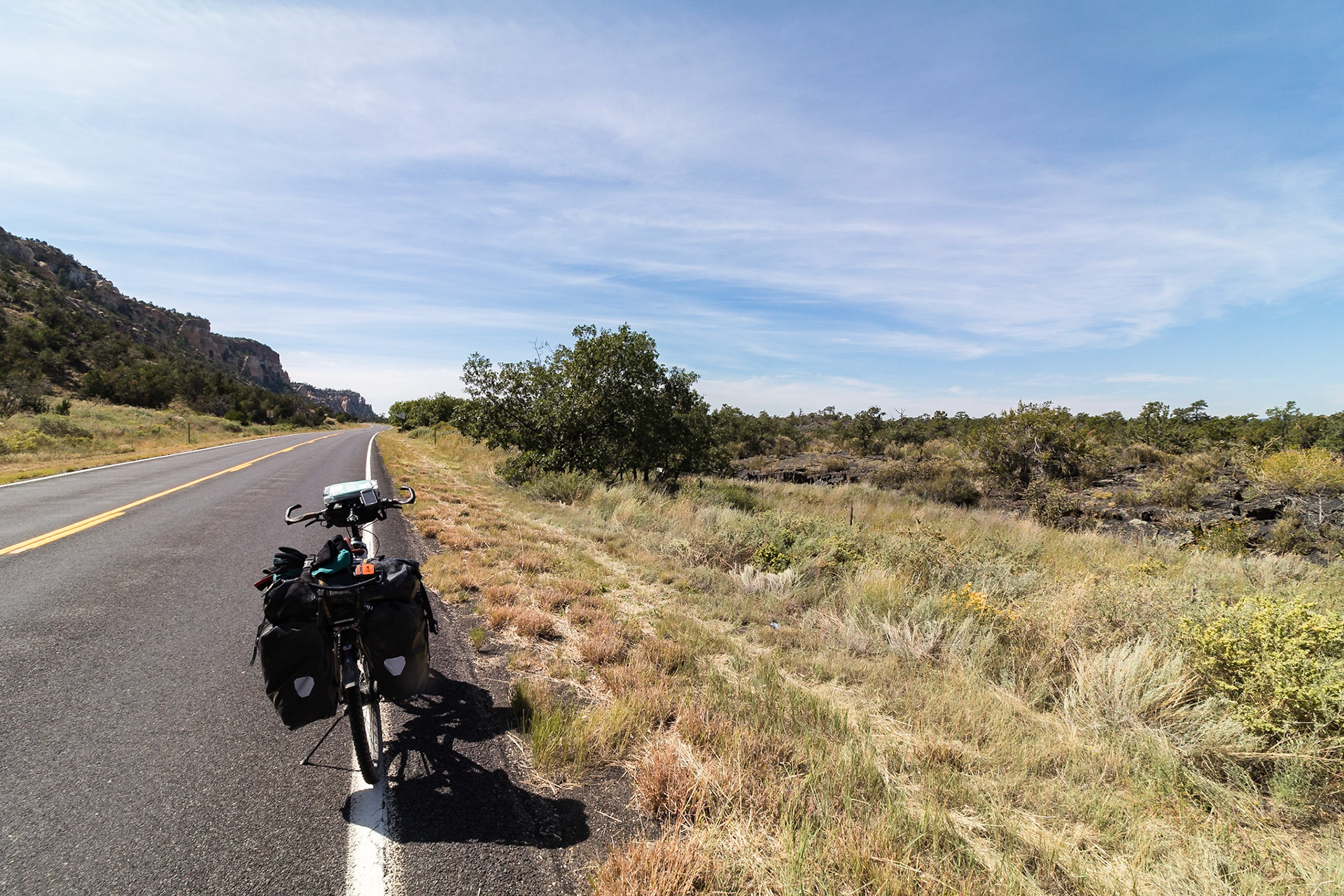 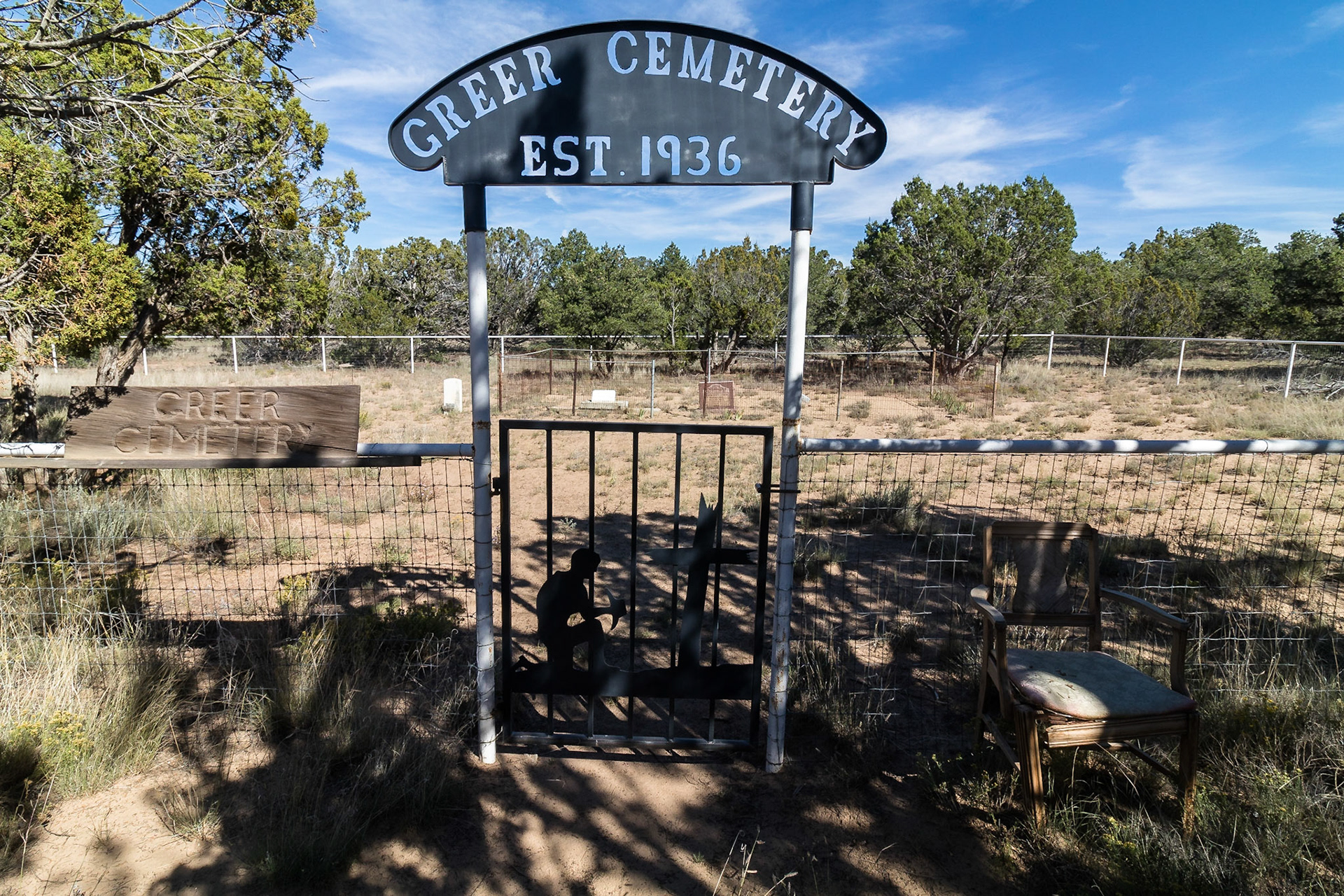 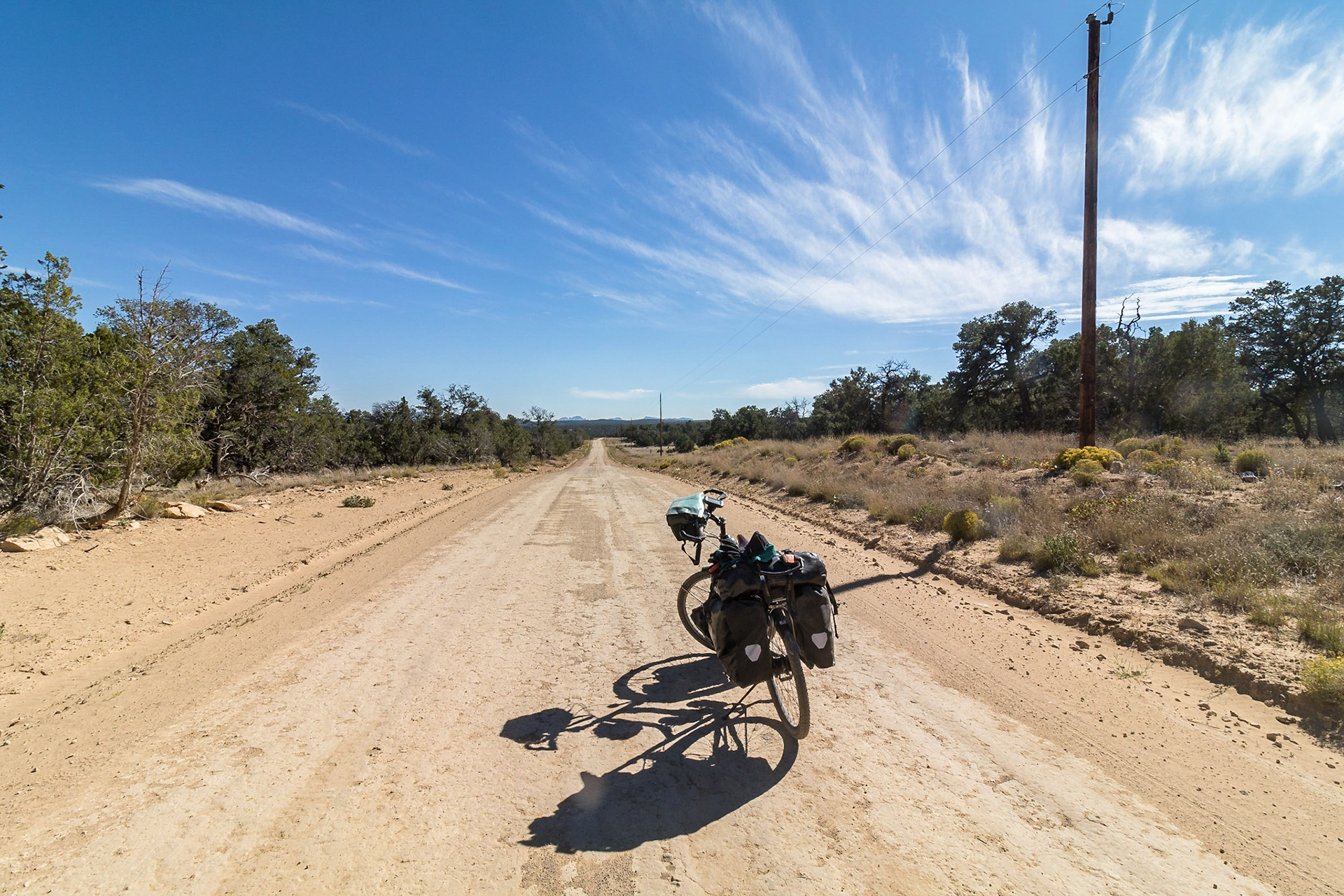 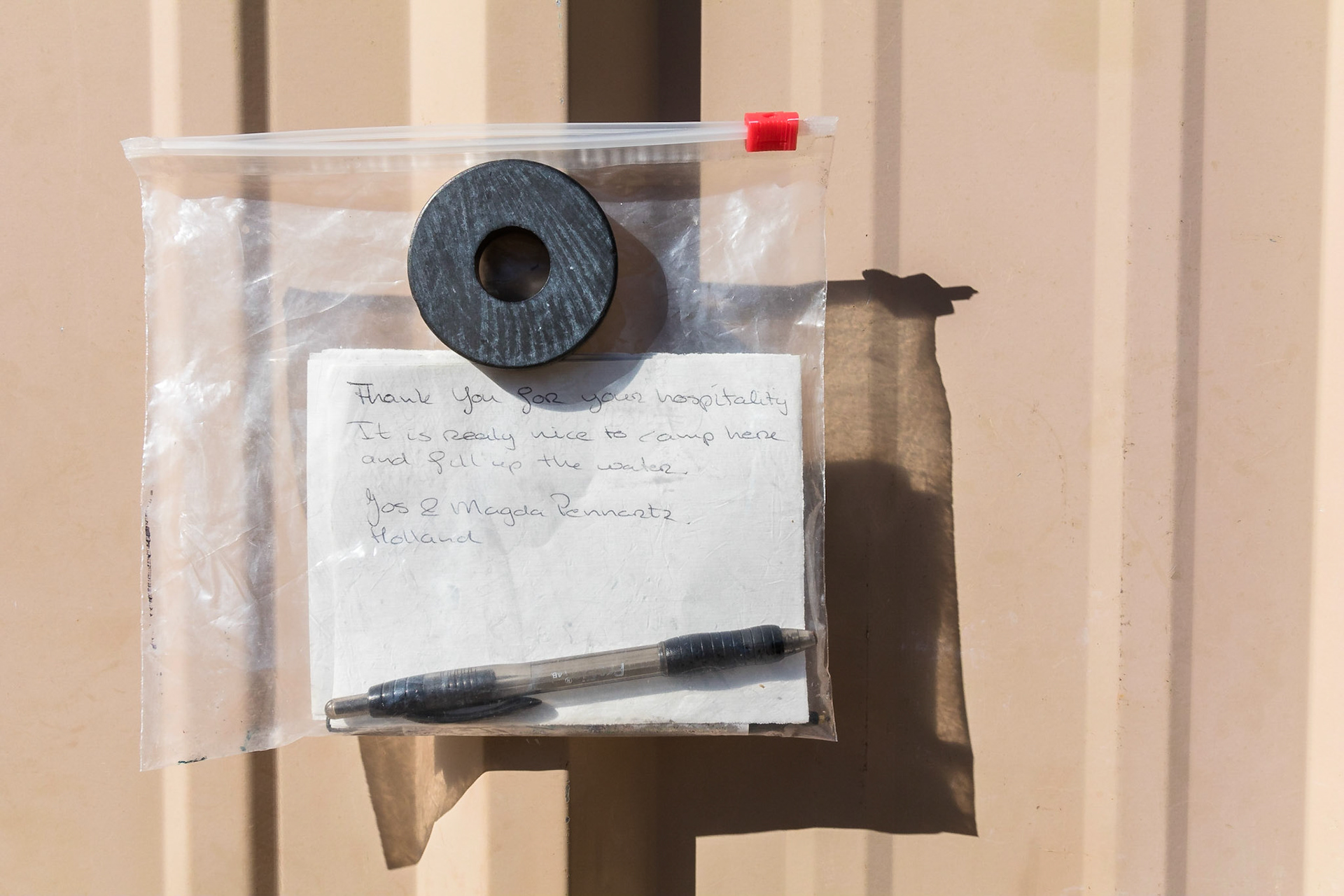 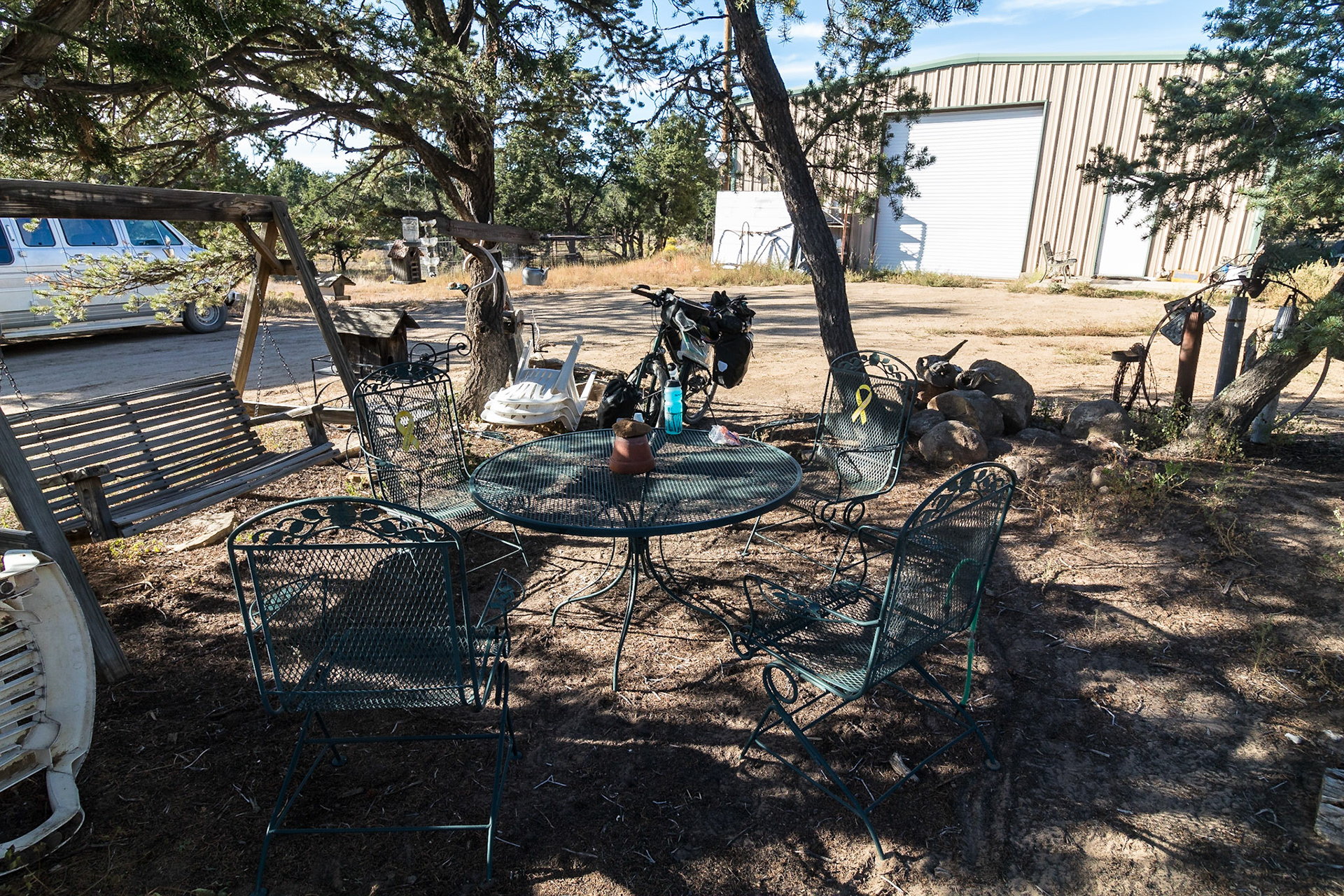 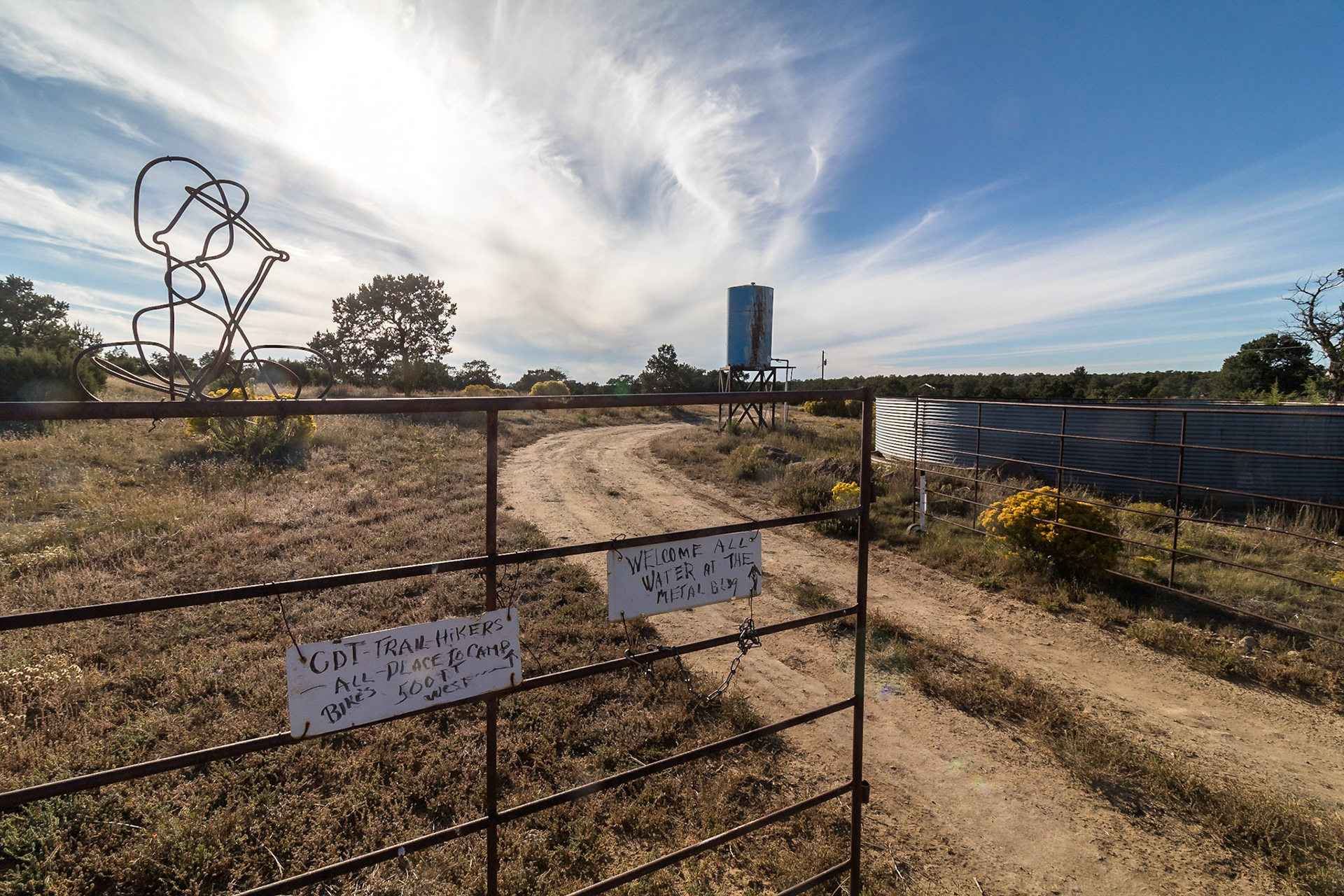 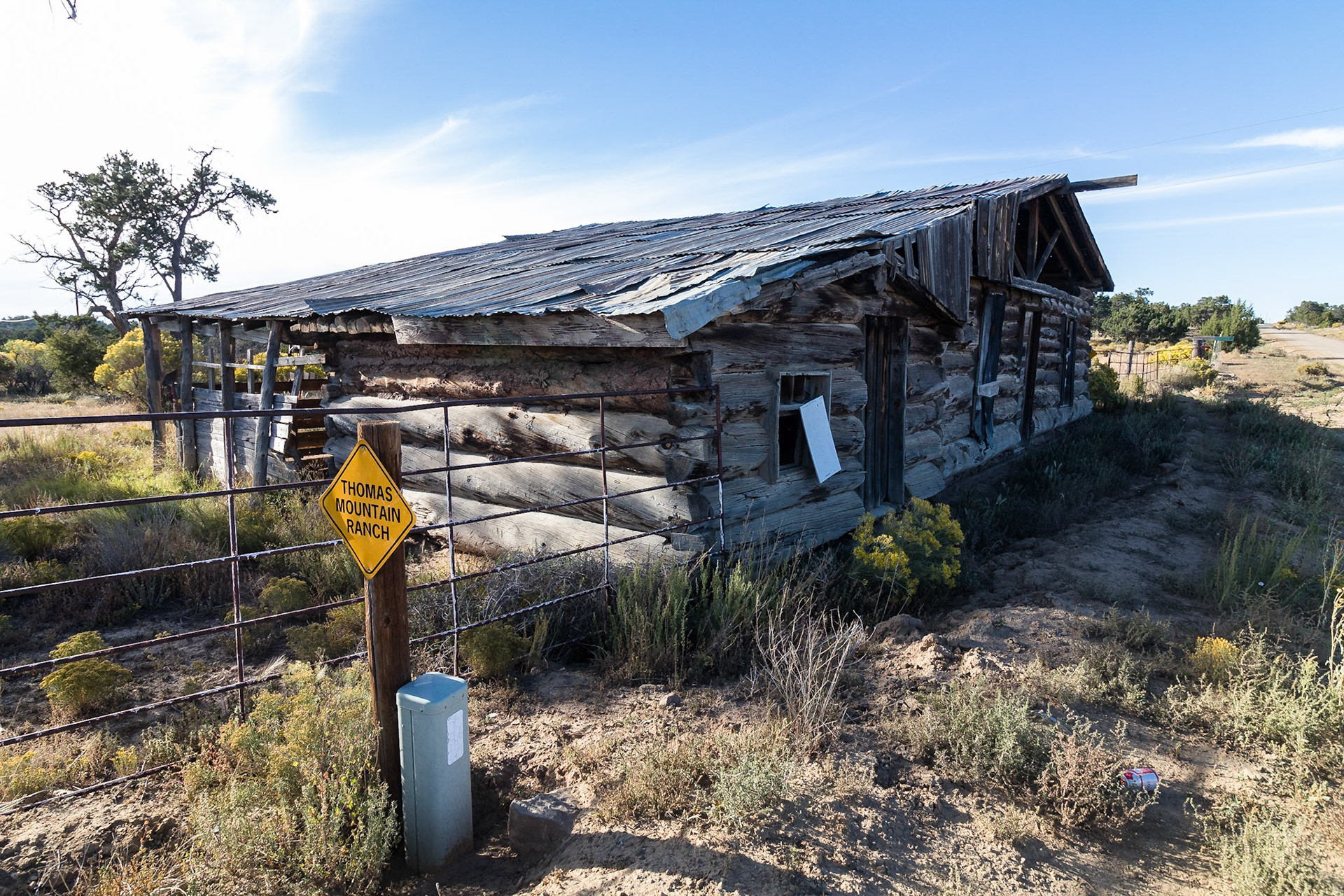 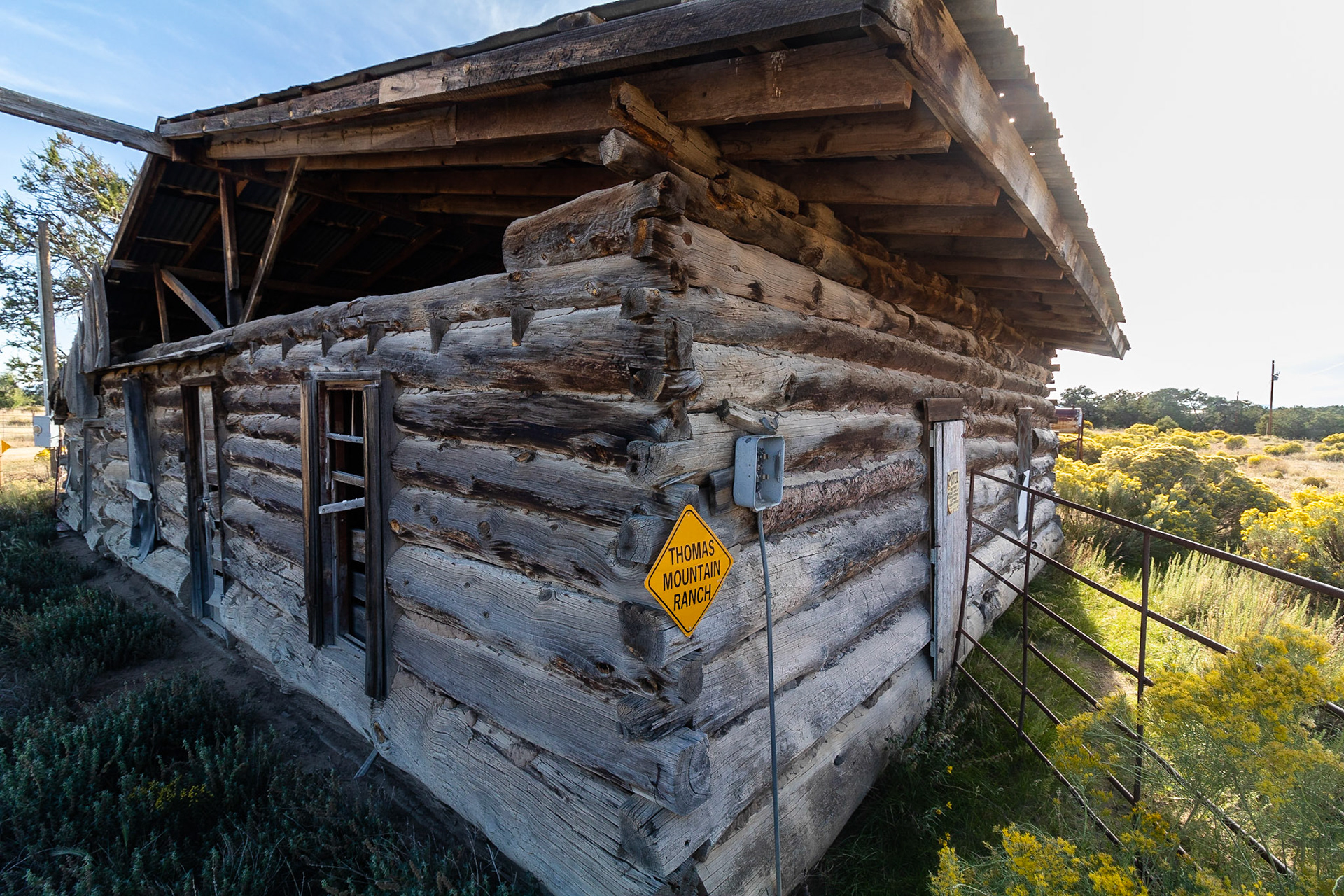 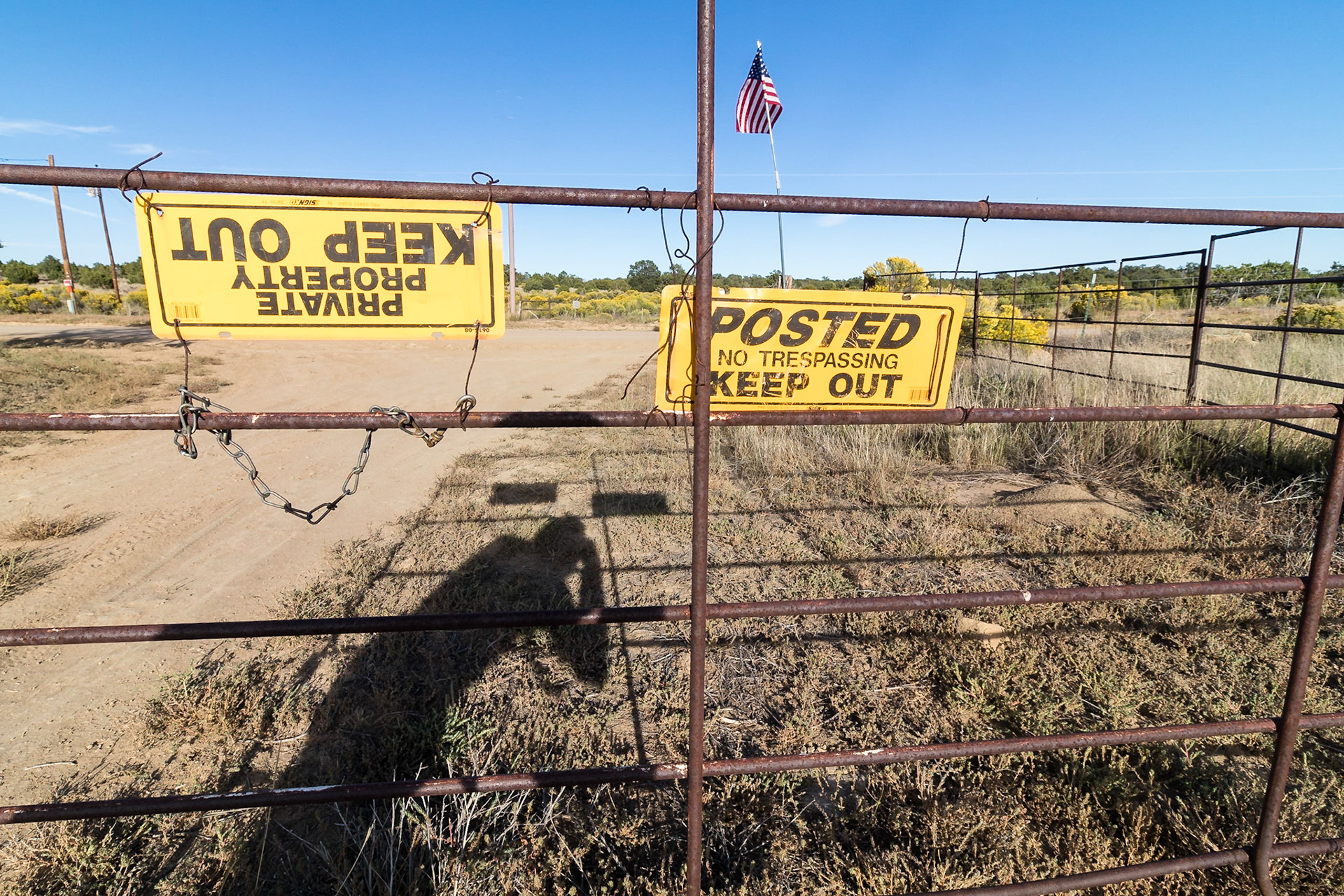