Cycling 5000 km, from Banff in Canada to the US-Mexican border, raising money for MS research.
Hachita > Antilope Wells
The last day.....
Everybody wakes up early, we tidy up the living room, have breakfast and pack everything back on our bikes.
We are ready!
We quickly take a couple of pictures of the whole group and get on the way for the last 45 miles…
There is still a lot of headwind, but thankfully it’s dry. Along the way we stop for a few times to take some pictures, have something to drink or eat or both. Again we see a lot of border patrol cars passing by.
Around one o’clock, after two moths of cycling we arrive at the Antilope wells border crossing. I still can’t get my head around it! What a distance, you can’t do that on a bicycle right! But I did! It’s a surreal feeling. What’s very nice is that I met Magda and Jos on the very fist day, on the trail just below Banff. And now after 68 days, on the last day we arrive at the official endpoint at Antilope Wells. That’s quite special.
We take a lot of pictures of our selves and each other in all sorts and shapes. I saved a few beers for the occasion and Magda & Jos took Whisky and potato chips. That way we have our own little party in “the middle of freaking no-where”. At the customs officers counter we each get a stamp, as proof that we really did make it. It takes a while, but eventually we succeed. Then the American part of our group goes to Tucson Arizona by car. The Dutch part is being picked up by a car from the bicycle shop in Silver city, and returns back to Silver City. Unfortunately this car has some mechanical problems along the way, and after a few hours were being picket up by the owner of the bike shop with a rental car. Eventually the four of us end up in the nice saloon in Pinos Altos, where we had a great diner to celebrate the end of this amazing trip!
I DID IT !!! 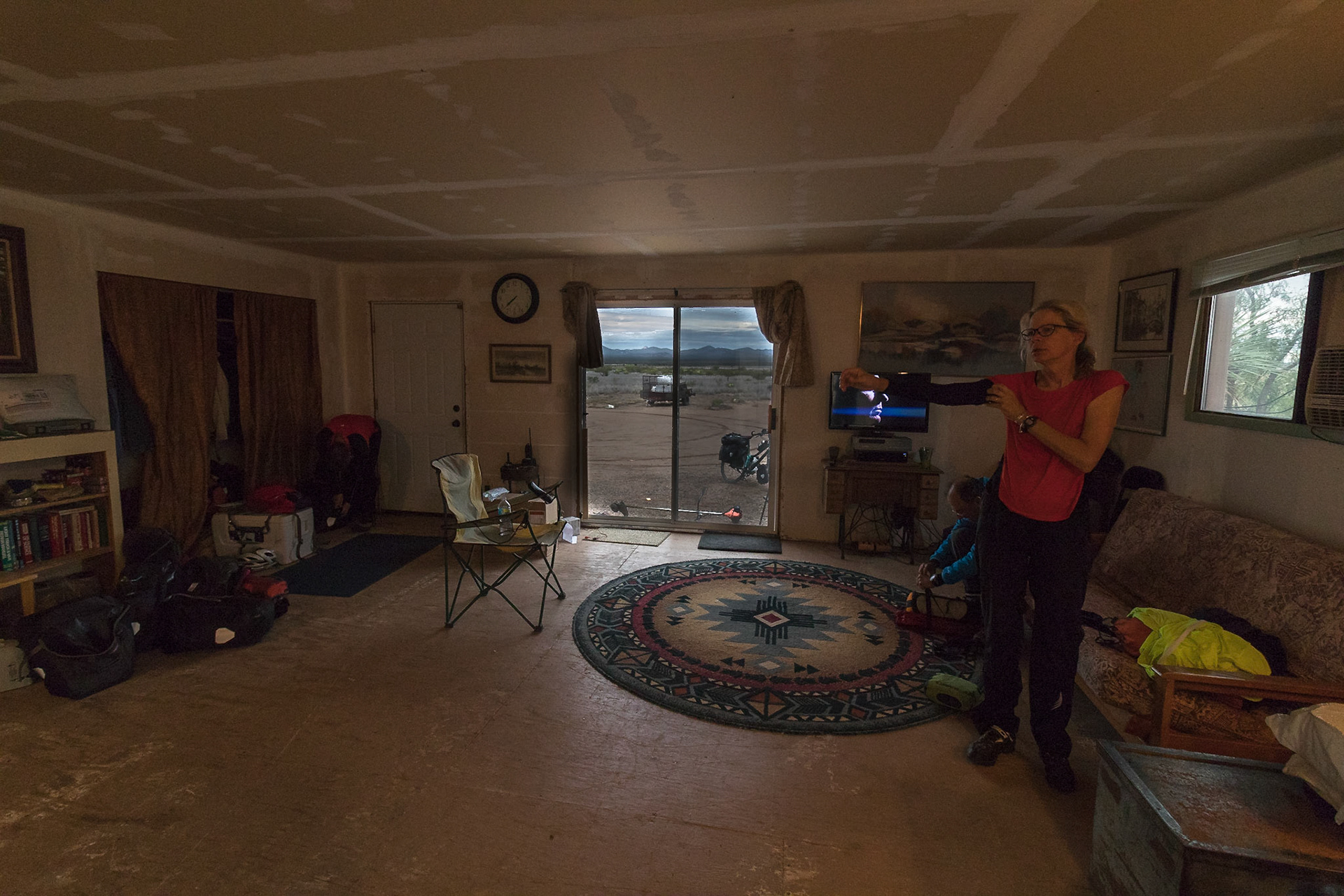 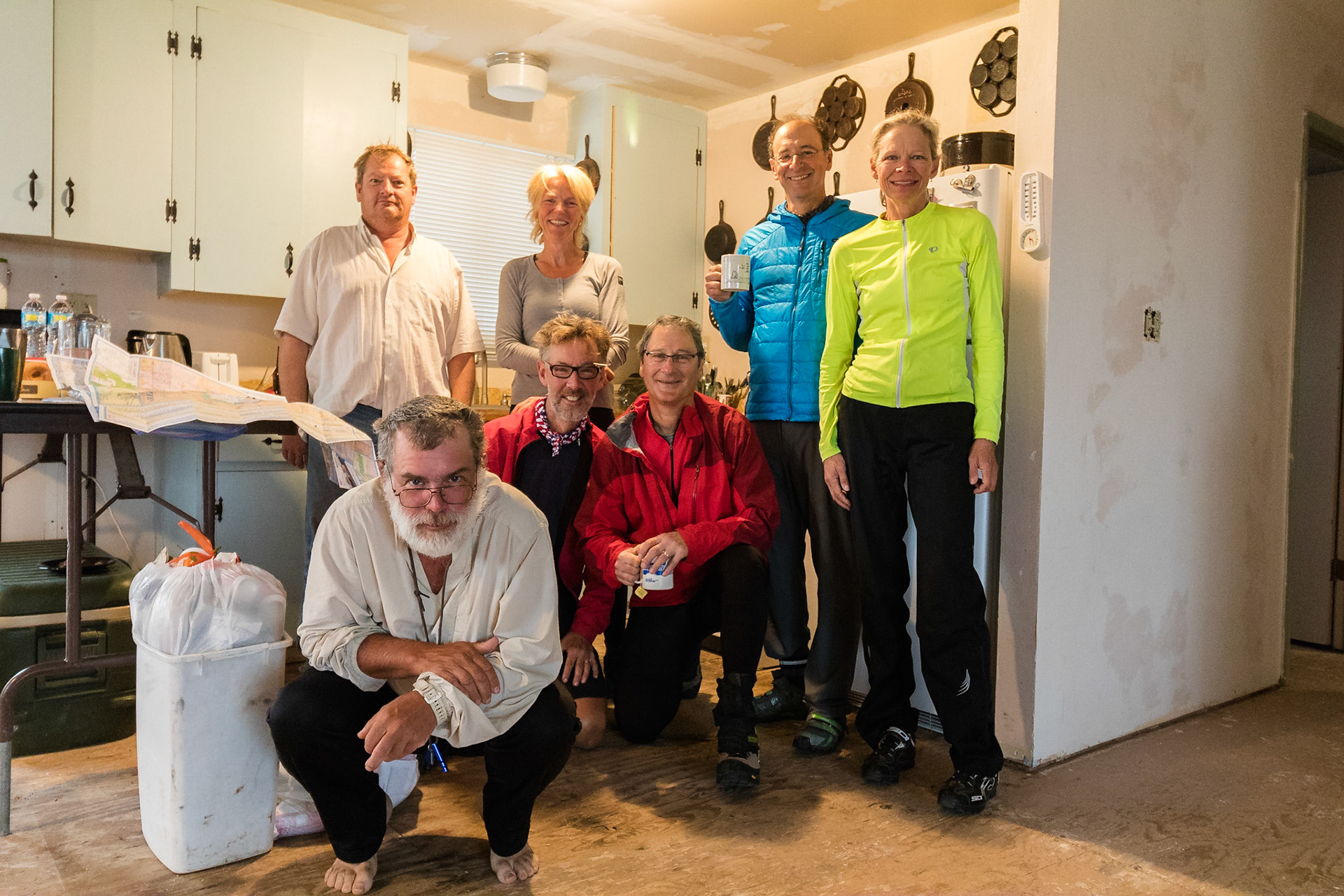 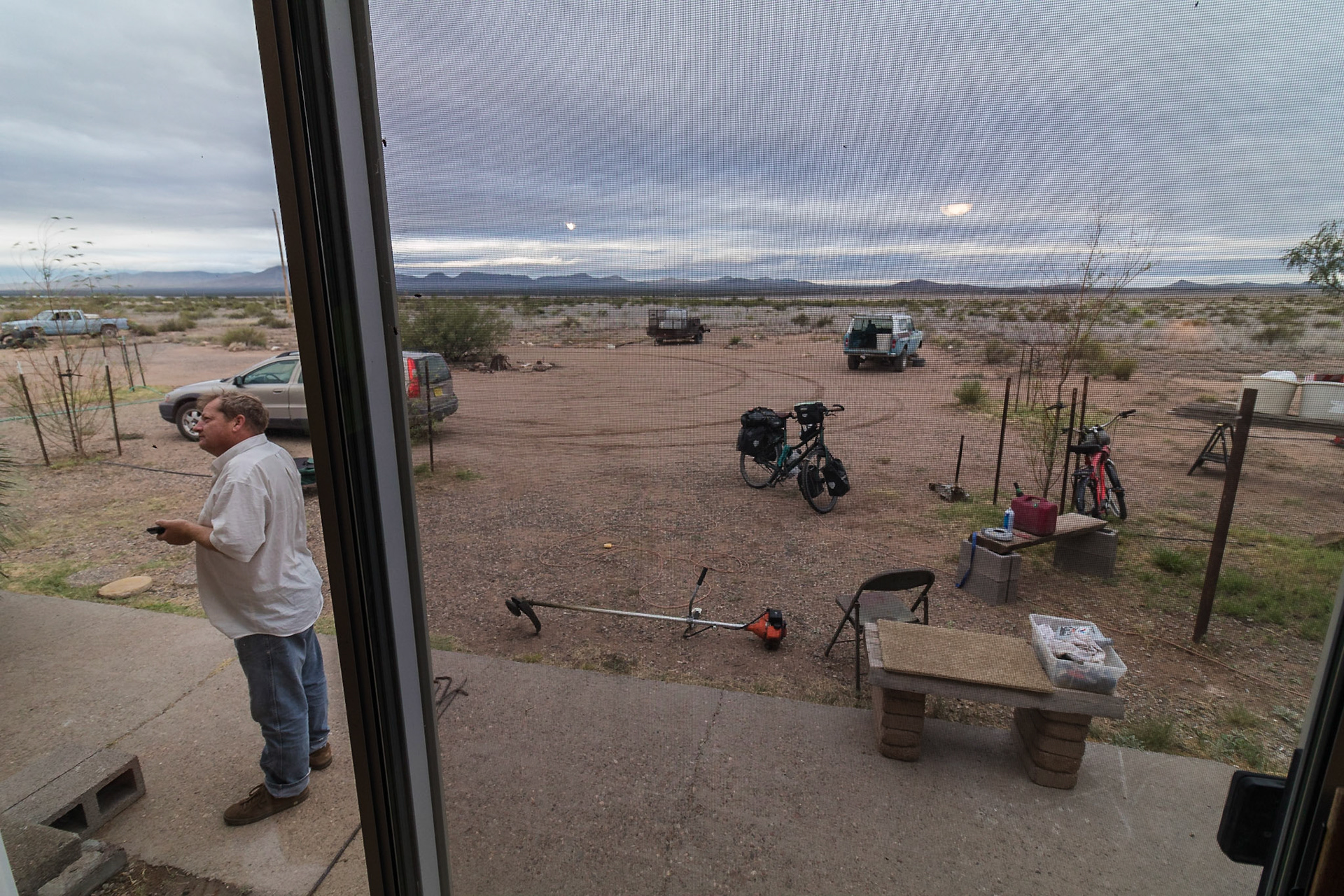 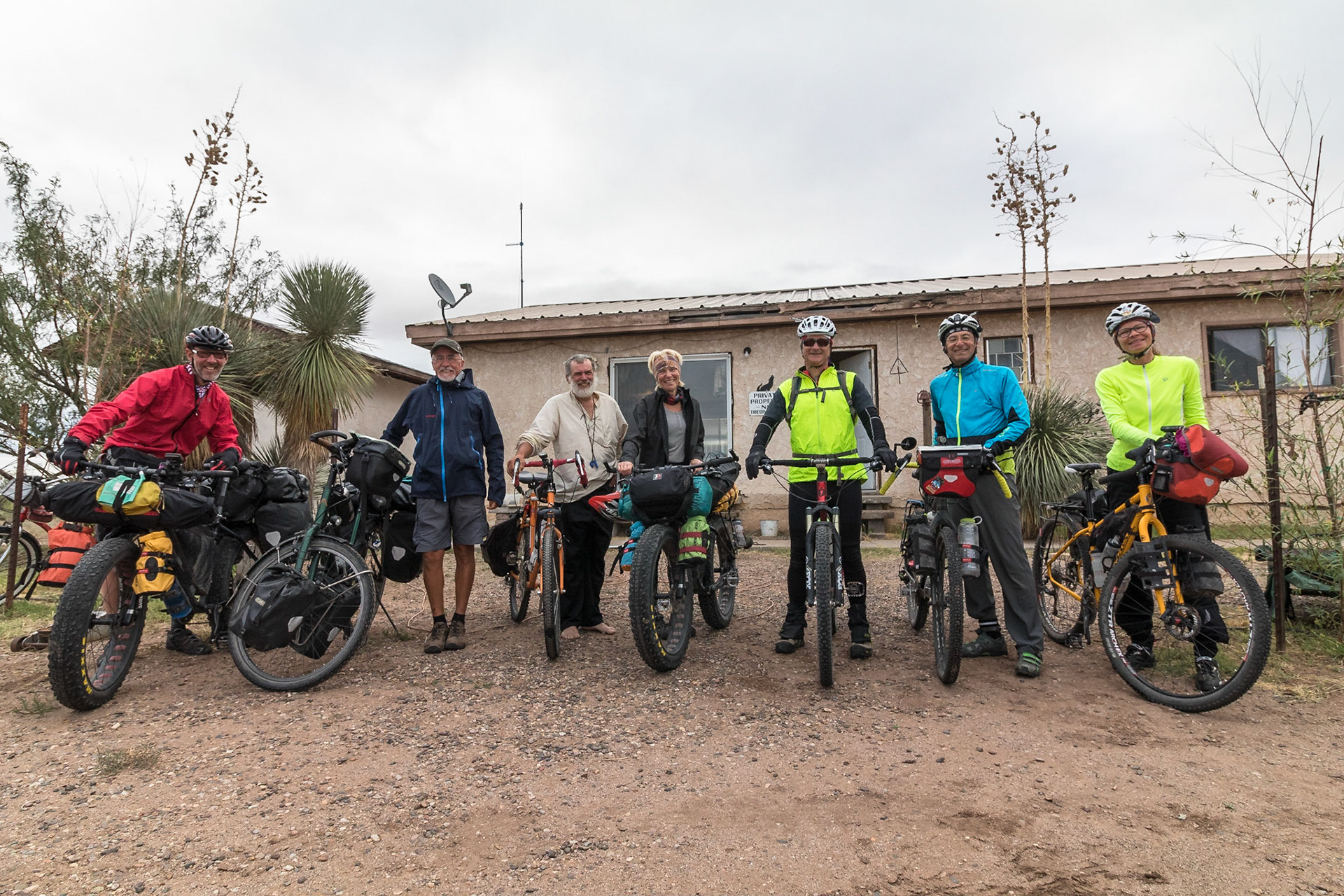 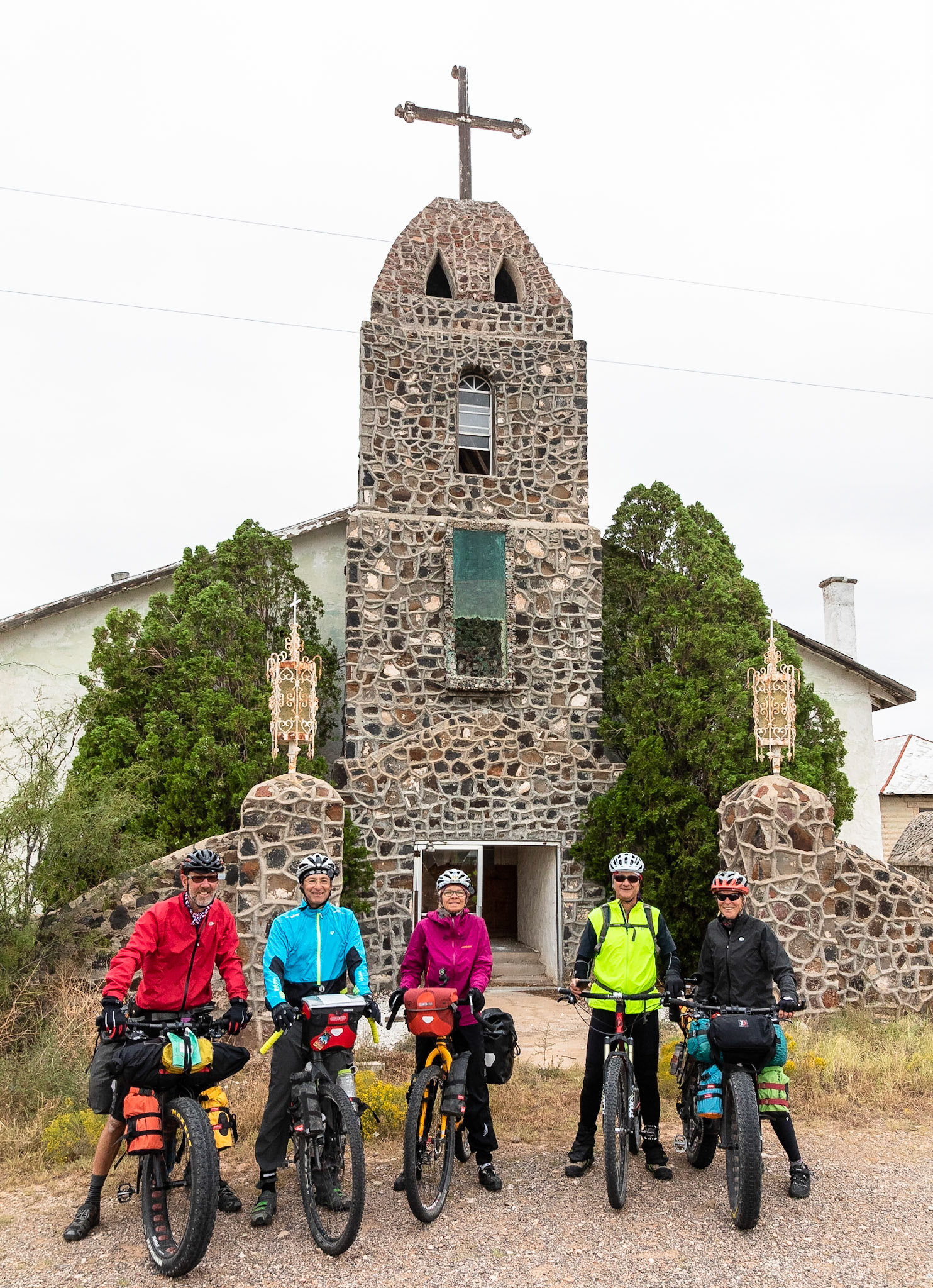 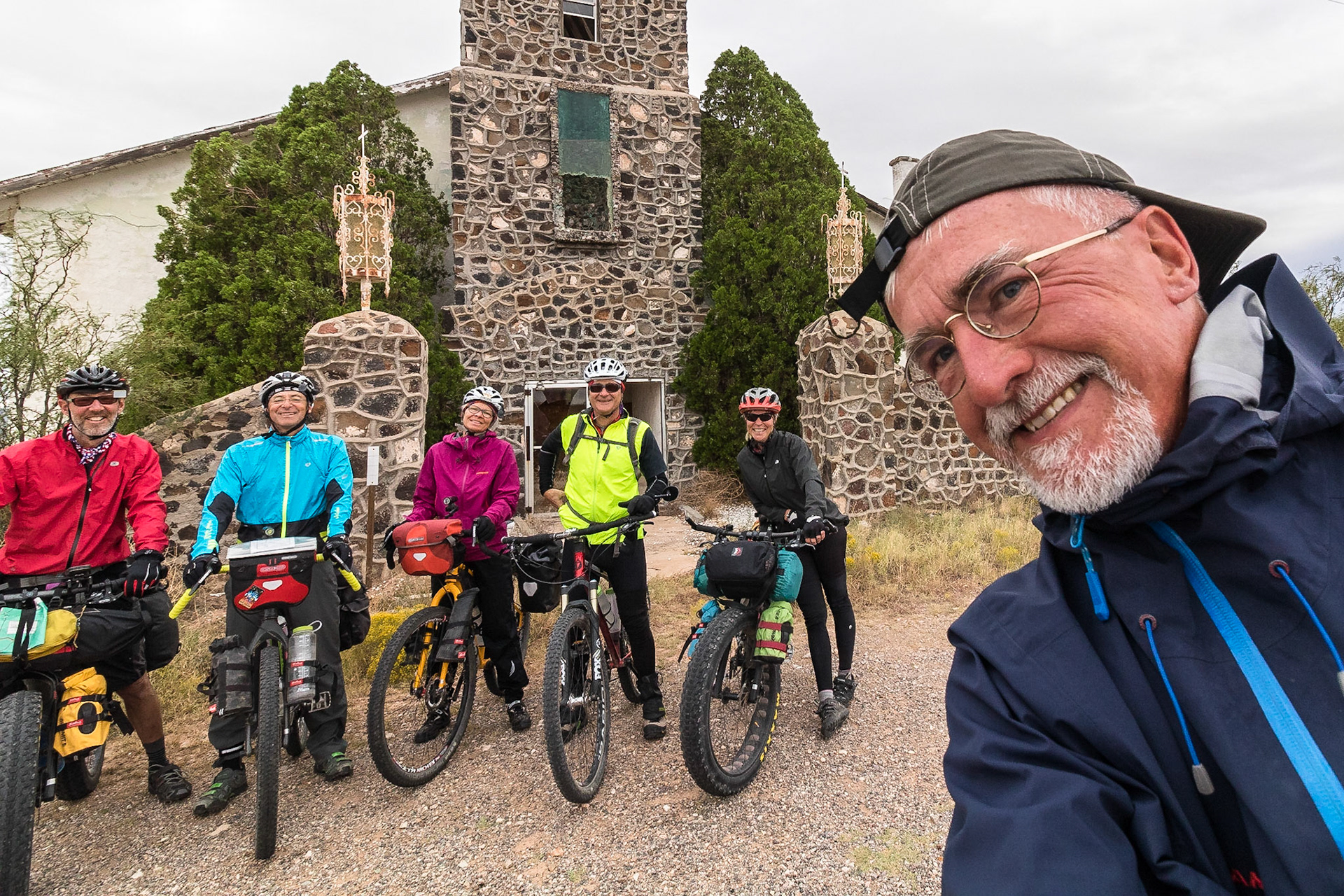 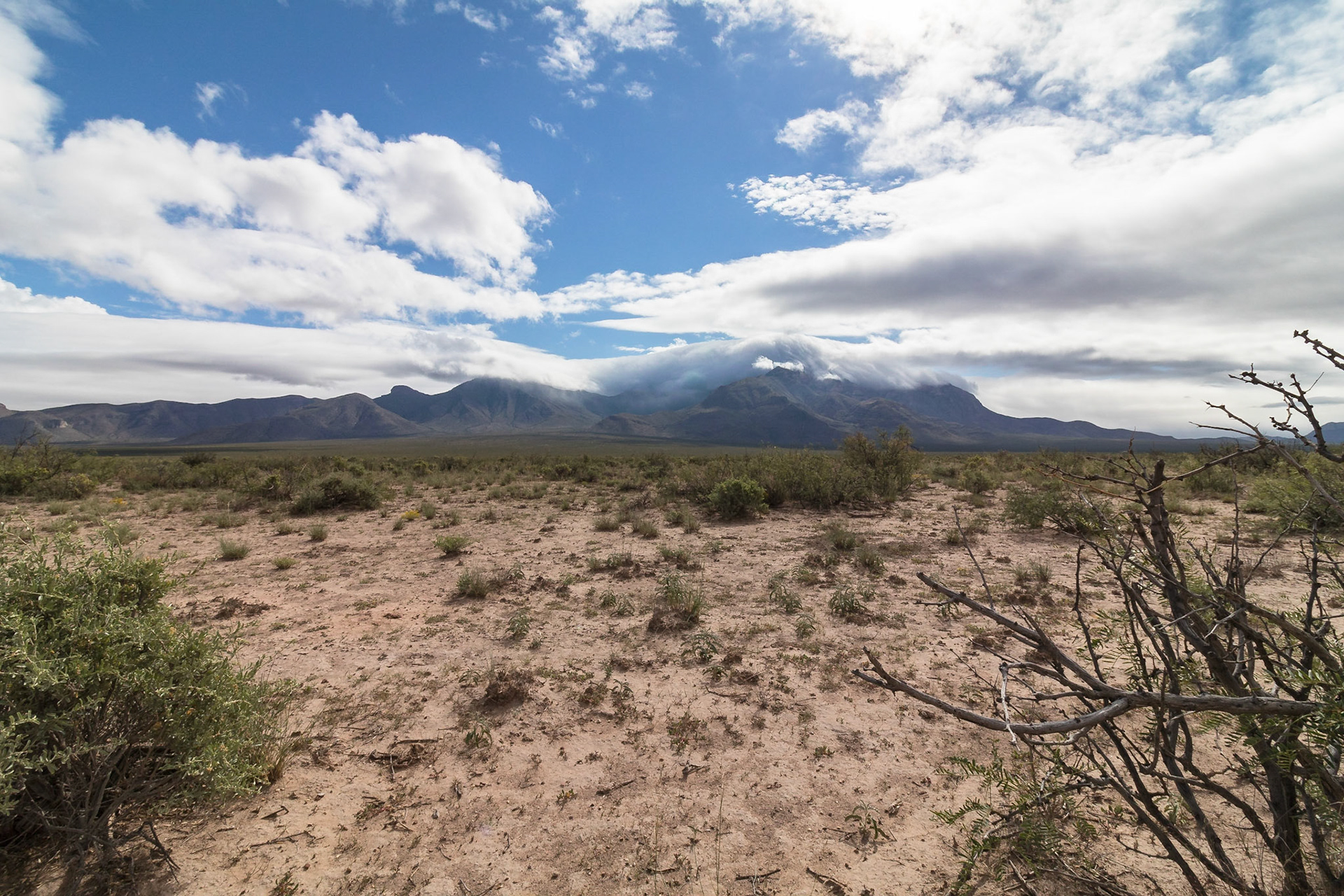 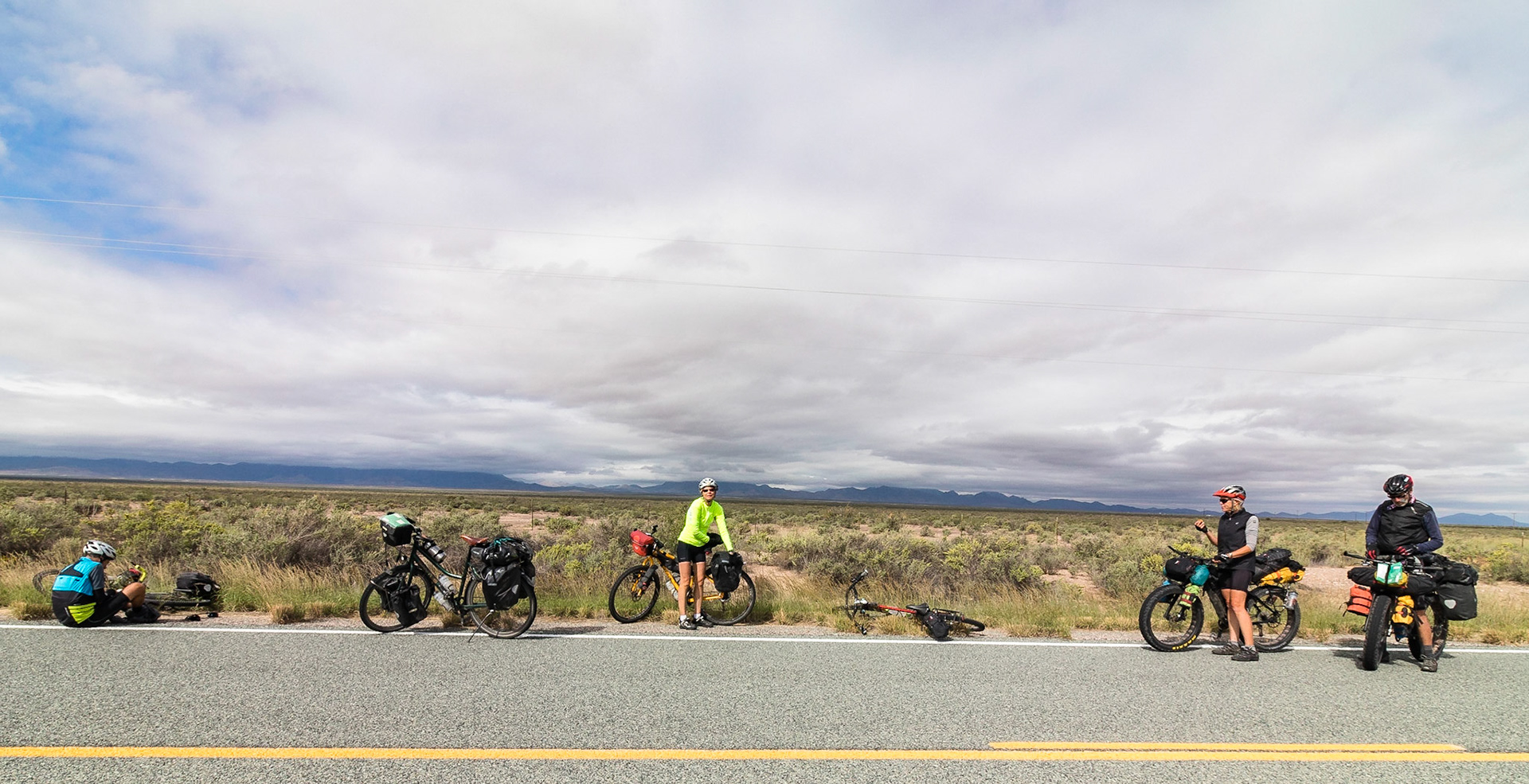 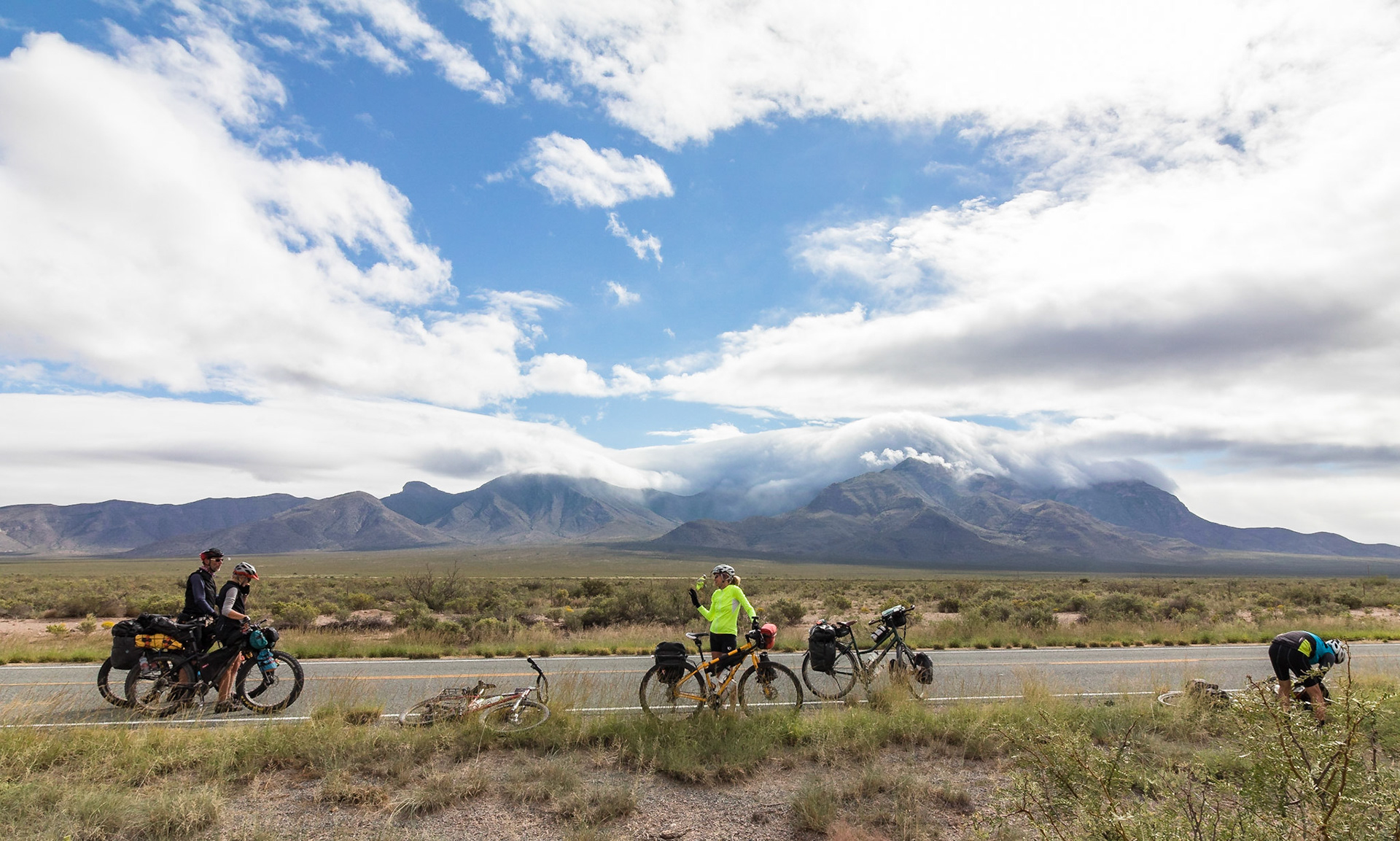 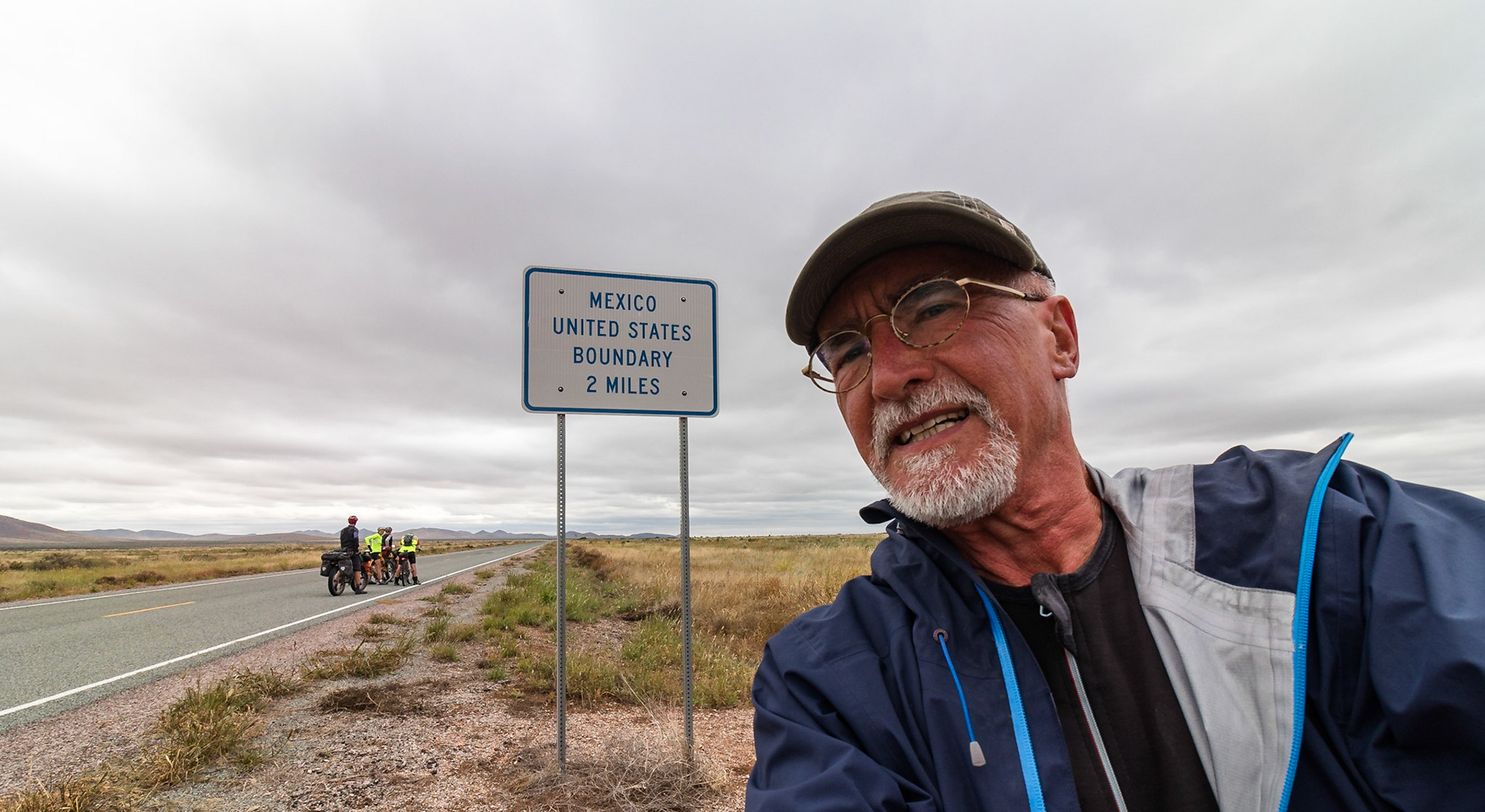 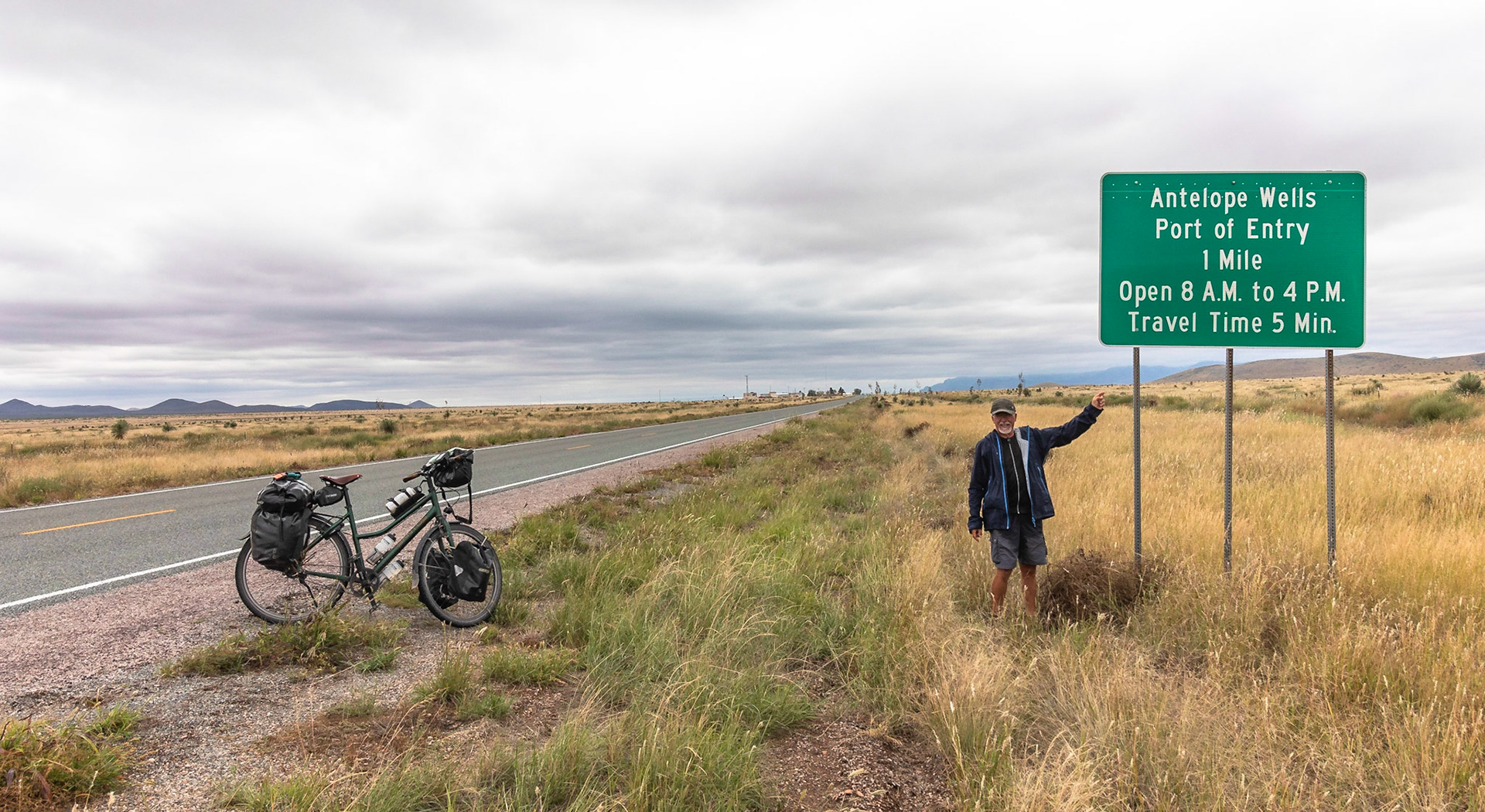 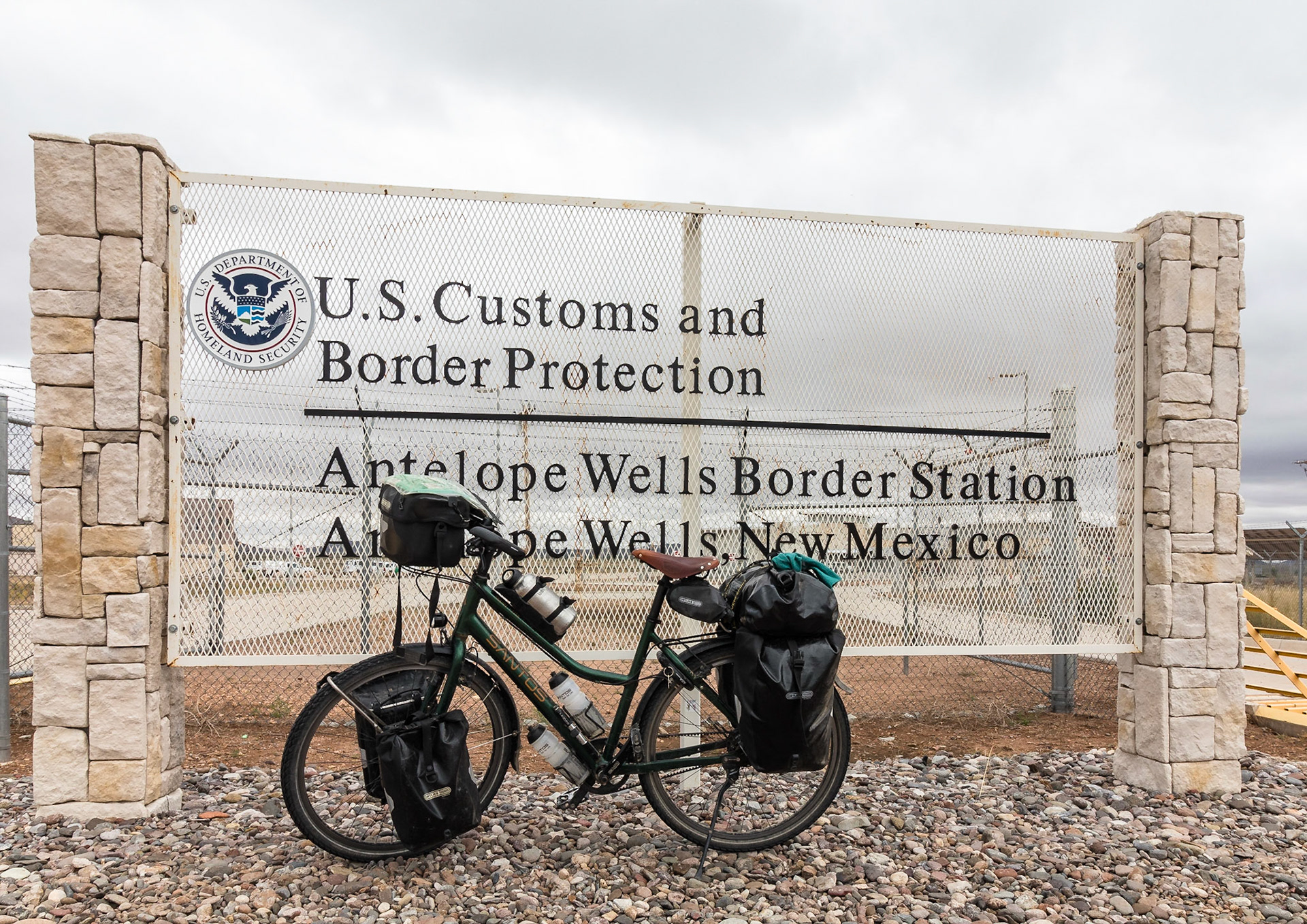 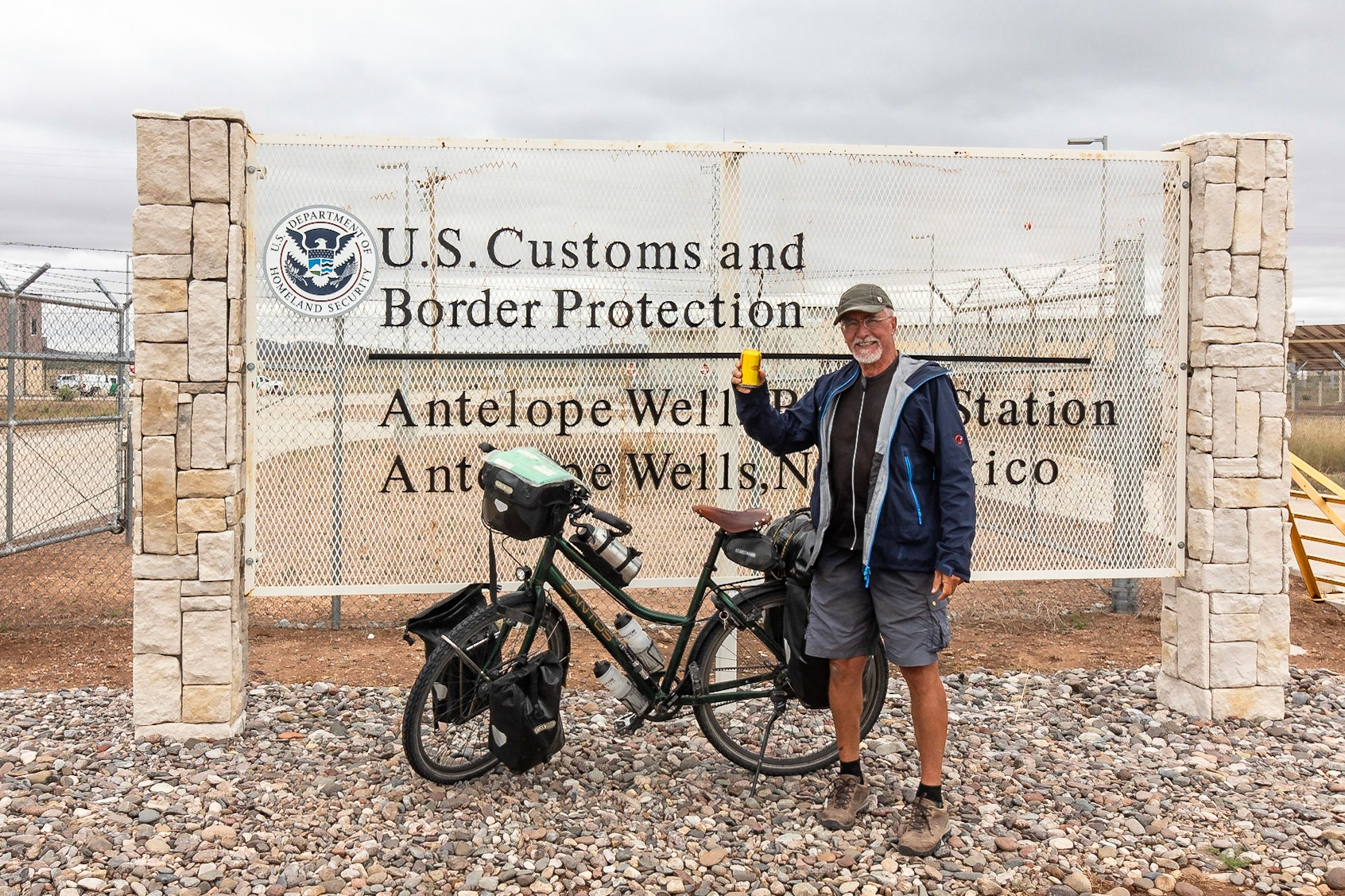 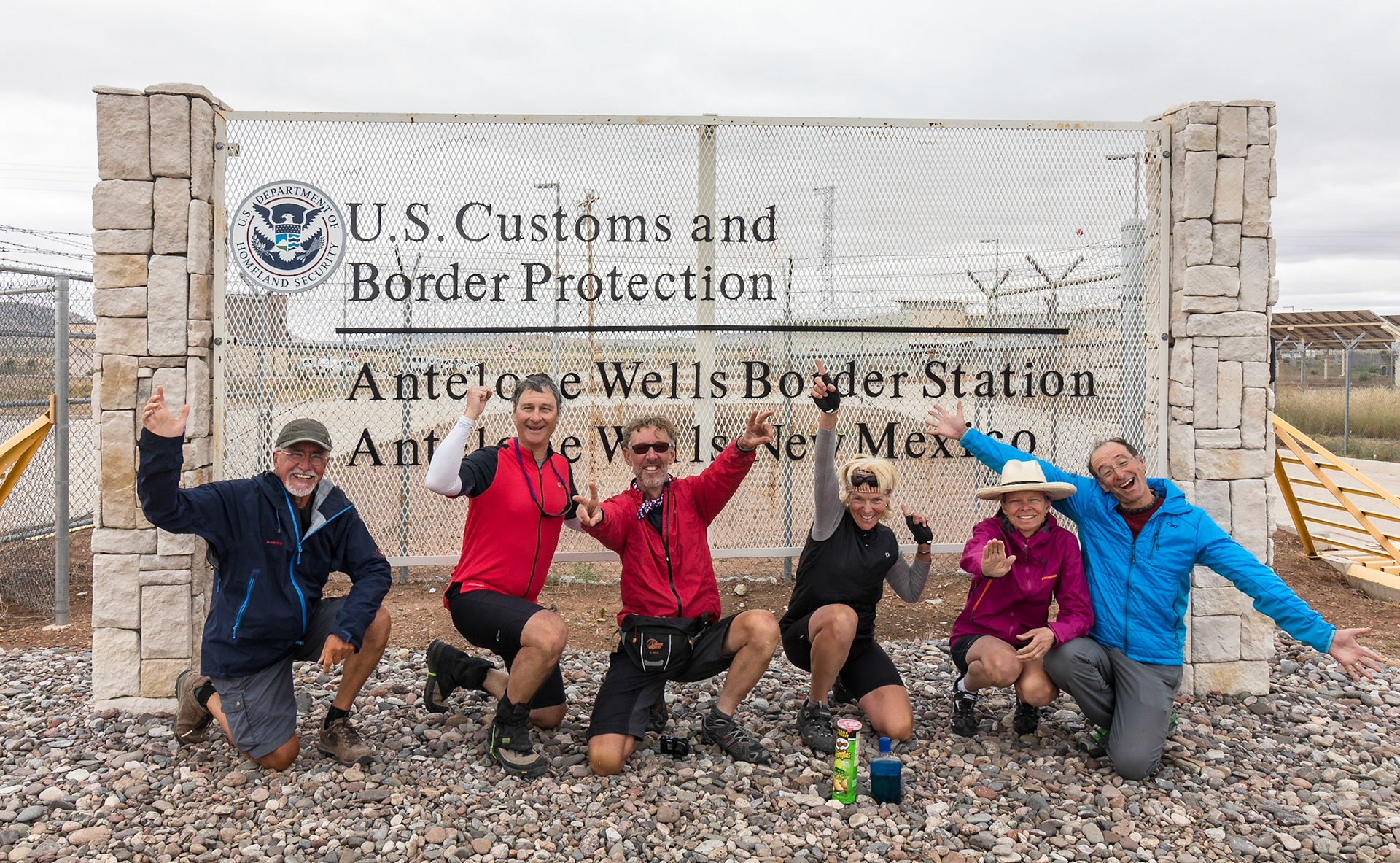 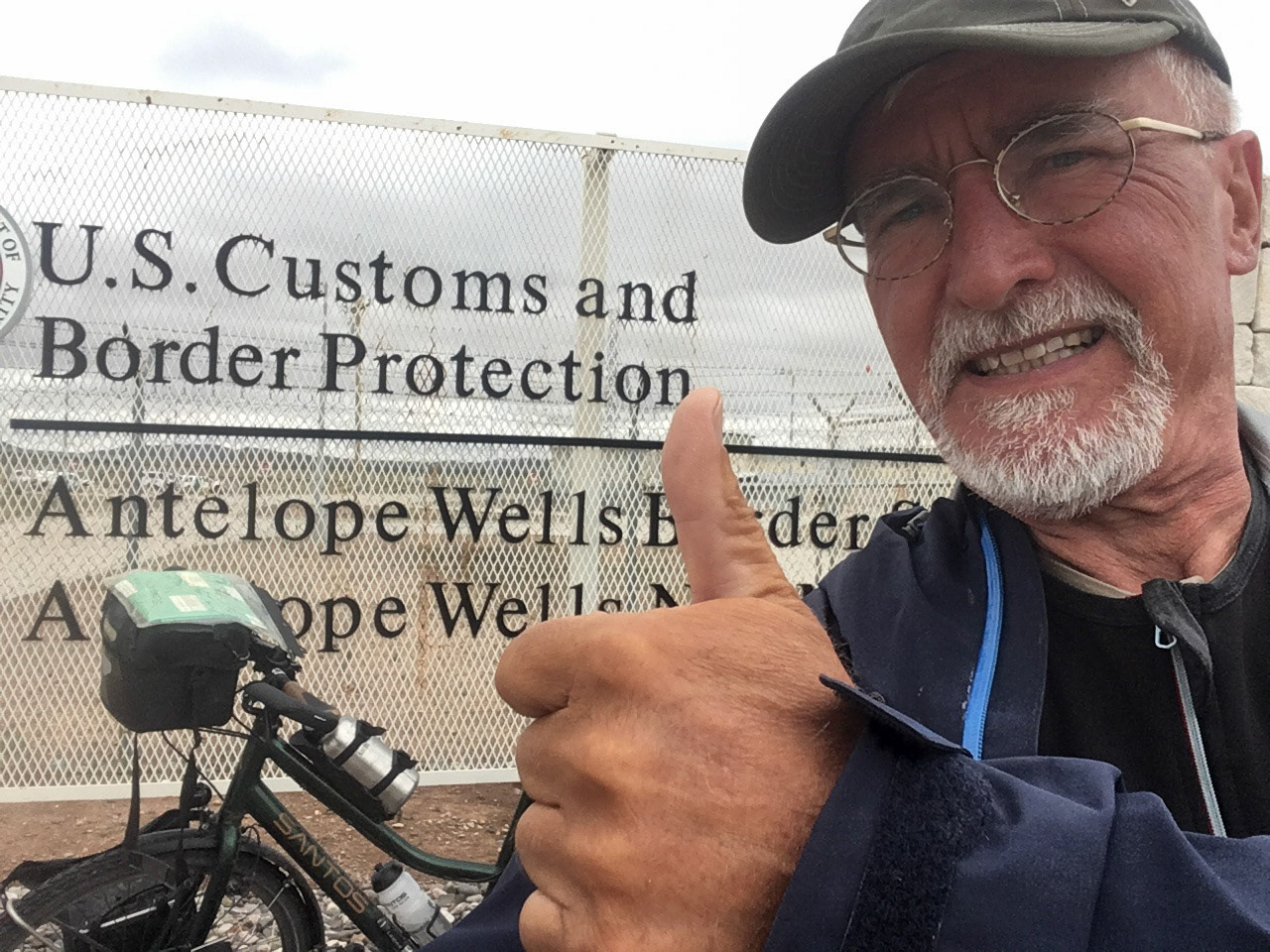